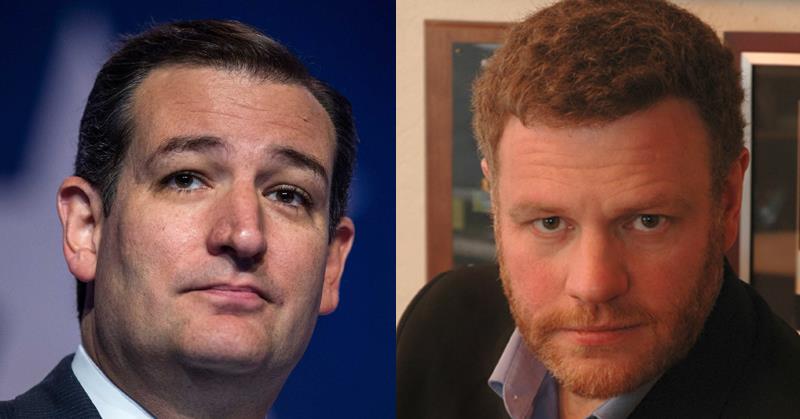 Steyn started the epic smackdown by pointing out that “global warming” hoopla does absolutely nothing to resolve actual crisis:

“You want to stop Super storm Sandy?” he asked at a climate change hearing hosted by Cruz three months ago.

“If they built the same storm barrier that the Dutch coast has, that the Russians have in St. Petersburg, that London has in the Thames barrier — for a couple of billion dollars you wouldn’t have had water in the New York subway.”

He added, “But in all this global warming talk, the practical solutions never get built, just this pie in the sky stuff.”

Cruz then added the following:

In the year 1615, if you asked, 97% of scientists at the time would’ve said categorically that the sun rotates around the earth. And yet an individual named Galelieo dared to be a scientist and take measurements, and stand up to that enforced consensus.

And I would note it was the Roman Inquisition that brought heretics before it who dared to say the earth rotates around the sun. And today, the global warming alarmists have taken the language of the Roman inquisition in going so far as to label anyone who dares point to the actual science as a denier, which is of course the language of religion which is calling someone a heretic.

And anytime you hear people saying ‘Scientists should not question the conventional wisdom,’ you’re hearing someone essentially advocating for the abolition of science.

Liberals demonize anyone who dares to criticize their phony ideas or point out their incessant inconsistencies. Did you know, for instance, that the same liberals who bemoan “global warming” used to kvetch about “global cooling?”

40 years ago, @Newsweek wanted to melt the Arctic to save us from global coolinghttps://t.co/d8jyCg0glP pic.twitter.com/ucrpydIrz6

The whole “global warming” hoopla is nothing but a modern Roman Inquisition, and men like Ted Cruz are Mark Steyn are our ostensible Galileos!