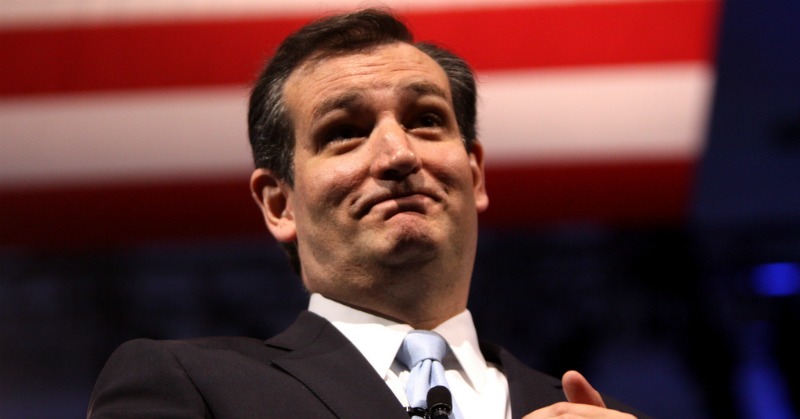 Sen. Ted Cruz (R-TX) is pushing for Congress to take a critical step in the fight against radial Islamic terror via a renewed focus on legislation that would allow for the revocation of citizenship for any American that attempts to join the Islamic State or another terrorist group.

President Donald Trump’s executive order to temporarily bar entry from those in countries besieged by terrorism deals with half of the issue, according to Cruz, but the other half of the problem needs to deal with American citizens that have been radicalized.

“If an American citizen travels abroad and joins a terrorist group waging jihad on America, attempting to murder innocent Americans, this legislation would strip that individual of their U.S. citizenship, so that we would not have terrorists returning to America using U.S. passports,” Cruz explained to The Washington Examiner.

Hundreds of Americans have tried to join the Islamic State in recent years, according to Cruz. He said another 124 U.S. citizens or green card holders have traveled overseas to join other jihadist groups in the years since the September 11, 2001 terrorist attacks. “This should be an idea that even Senate Democrats can support given that Hillary Clinton, when she was in the Senate, supported very similar legislation,” he said.

Previous iterations of the bill have drawn opposition from some civil libertarians, who worry it would give the federal government expanded powers to revoke citizenship without due process. Under Cruz’s bill, anyone who lost their citizenship over alleged terrorist ties would have 60 days to request a due process hearing to challenge the decision.

“The awesome and horrible power of being able to take away the citizenship of an American citizen would be turned over to an unnamed bureaucrat,” Christopher Anders, senior legislative counsel for the American Civil Liberties Union’s Washington legislative office, told USA Today in 2016.

“It’s a highly unconstitutional bill. If it were to become law, I’m sure the Supreme Court would not let it stand,” he continued.

Cruz’s team hit back against this criticism by noting that the process described in the bill to revoke citizenship of terrorists dates back to 1926 and applied to citizens that joined the armies of countries at war with the United States.

“This legislation is a common sense step to recognize that people can [wage] war against America in more ways than one,” he said. “You don’t need to be a member of a nation-state military to be a terrorist at war with America.”

“Our office is conferring on a daily basis with the White House and new administration on this matter and a host of other matters as we work together to deliver on the promises made to the American people,” Cruz added.