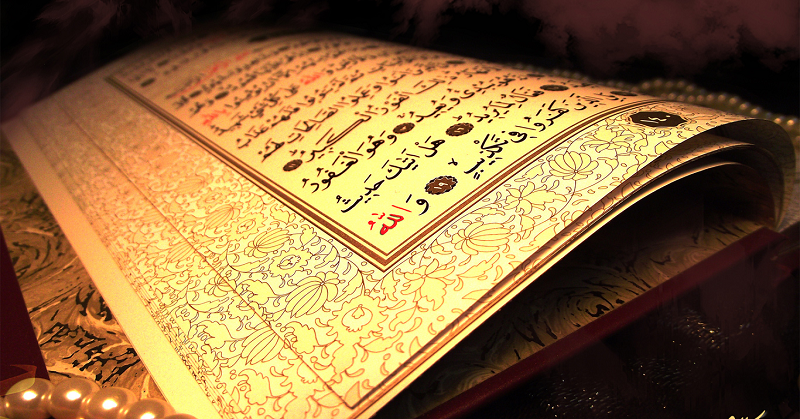 How can you tell if someone hasn’t read the Quran? If they claim that Islam is a religion of peace, that’s a tell tale sign.

Cut the hands off of thieves. Quran 5:38: [As for] the thief, the male and the female, amputate their hands in recompense for what they committed as a deterrent [punishment] from Allah . And Allah is Exalted in Might and Wise.

Women are untrustworthy. Quran 2:282:And bring to witness two witnesses from among your men. And if there are not two men [available], then a man and two women from those whom you accept as witnesses – so that if one of the women errs, then the other can remind her.

Women deserve less. Quran 4:11: Allah instructs you concerning your children: for the male, what is equal to the share of two females. But if there are [only] daughters, two or more, for them is two thirds of one’s estate. And if there is only one, for her is half. And for one’s parents, to each one of them is a sixth of his estate if he left children. But if he had no children and the parents [alone] inherit from him, then for his mother is one third.

Slavery. Quran 4:24: And [also prohibited to you are all] married women except those your right hands possess (slaves). [This is] the decree of Allah upon you. And lawful to you are [all others] beyond these, [provided] that you seek them [in marriage] with [gifts from] your property, desiring chastity, not unlawful sexual intercourse. So for whatever you enjoy [of marriage] from them, give them their due compensation as an obligation. And there is no blame upon you for what you mutually agree to beyond the obligation. Indeed, Allah is ever Knowing and Wise.

Pedophilia. Quran 65:4: And those who no longer expect menstruation among your women – if you doubt, then their period is three months, and [also for] those who have not menstruated.

Domestic Abuse. Quran 4:34: Men are in charge of women by [right of] what Allah has given one over the other and what they spend [for maintenance] from their wealth. So righteous women are devoutly obedient, guarding in [the husband’s] absence what Allah would have them guard. But those [wives] from whom you fear arrogance – [first] advise them; [then if they persist], forsake them in bed; and [finally], strike them. But if they obey you [once more], seek no means against them. Indeed, Allah is ever Exalted and Grand.

Kill Polytheists. Quran 9:5: And when the sacred months have passed, then kill the polytheists wherever you find them and capture them and besiege them and sit in wait for them at every place of ambush. But if they should repent, establish prayer, and give zakah, let them [go] on their way. Indeed, Allah is Forgiving and Merciful.

Kill Apostates. Quran 4:89: They wish you would disbelieve as they disbelieved so you would be alike. So do not take from among them allies until they emigrate for the cause of Allah . But if they turn away, then seize them and kill them wherever you find them and take not from among them any ally or helper.

World Domination. Quran 9:29: Fight those who do not believe in Allah or in the Last Day and who do not consider unlawful what Allah and His Messenger have made unlawful and who do not adopt the religion of truth from those who were given the Scripture – [fight] until they give the jizyah willingly while they are humbled.

Anyone who denies that ISIS is Islamic is going to have to read that last quote a couple more times.