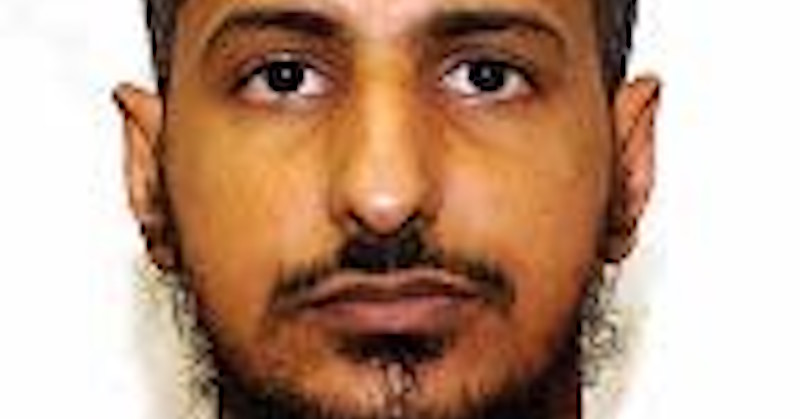 In his myopic and dangerous quest to close Gitmo, Barack Obama is about to release a terrorist who fought in Osama bin Laden’s 55th Arab Brigade.

The Pentagon announced this week their plans to transfer a dozen detainees to other countries including Tarik Ba Odah, a Yemini national who was on a hunger strike for more than nine years, the Washington Free Beacon is reporting. He was also known as Tarek Ali Abdullah Ahmed Baada.

Ba Odah has been force-fed by the guards at Gitmo through a nasal tube since he began his fast in 2007. Last December, his weight had dropped by almost half to 75 pounds.

The New York Times’ exhaustive profile of the detainee provides a glimpse into his terrorist past and ties to bin Laden.

“[Ba Odah] is assessed to be an Islamic extremist and possible member of al-Qaida. Detainee served as a fighter in Osama bin Laden’s 55th Arab Brigade, and participated in hostilities against U.S. and coalition forces in [bin Laden’s] Tora Bora Mountain complex where he probably manned a mortar position. Detainee is reported as being an important man with close ties to senior al-Quaida members including [bin Laden],” the file reads.

In 2008, Ba Odah was classified a “high-risk threat” to the United States and its allies.

He was also classified as a high-risk threat from a detention perspective for his noncompliance and hostility toward Guantanamo guards. As of January 2008, he had received 81 reports of disciplinary infraction. Incidents included Ba Odah spraying a mix of feces, urine, and water out of his cell and spitting on a guard, according to the file.

In 2009, Ba Odah was clear for transfer under certain security conditions, but Congress has since banned repatriations to Yemen.

The officials declined to identify the countries that agreed to resettle the prisoners.

There are currently 91 prisoners left at Guantanamo Bay Prison. 37 have been approved for repatriation or relocation. Obama vowed to close the military prison after his re-election in 2009 and has already resettled, transferred or repatriated 147 detainees. Dozens of prisoners who have not been approved for transfer remain and current law does not permit their transfer without Congress’ approval.

Of course, Obama has said he fully plans to circumvent Congress if need be through executive action.