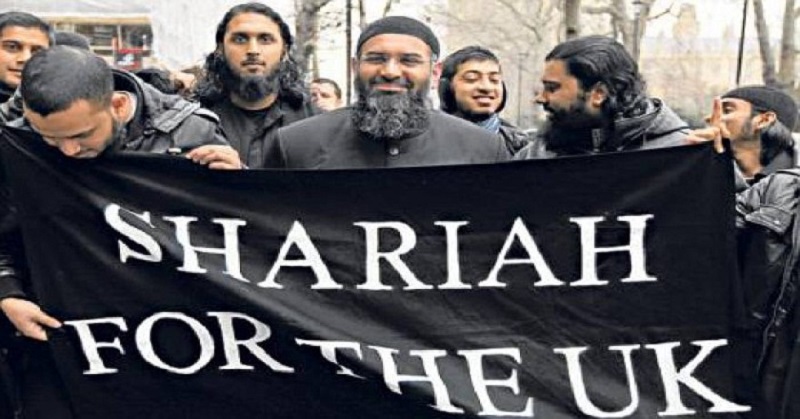 Terrorist attacks on major international capital cities such as Paris, Ankara, or London are no longer rare, but are becoming a daily occurrence.

Europe has become a war zone in the fight against radical Islamic terrorism – all thanks to naive leftist policies.

As the Western world takes in Syrian refugees by the tens of thousands daily, scenes like these are becoming common throughout Europe.

Over the past seven days in Germany, a Syrian man on Sunday blew himself up outside a crowded music festival, injuring 15 people; a 17-year-old Afghan asylum-seeker wounded five people with an axe before being killed by police; the 18-year-old son of Iranian immigrants went on a shooting rampage at a Munich mall, killing nine people and wounding dozens; a Syrian man killed a pregnant woman and her unborn child with a machete. 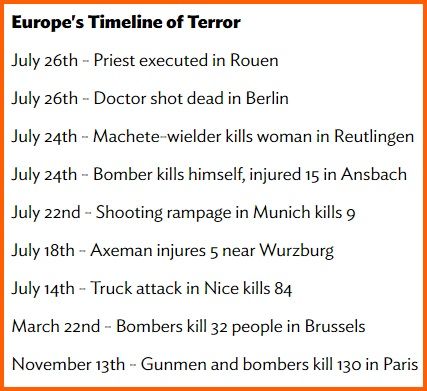 Obama refuses to acknowledge radical Islam as the cause of this horrific violence.

Thanks to his administration and the uninformed liberal voter, this jihadist bloodbath will be coming soon, possibly to your city.

The Democrats plan to allow these people to come here without being properly screened. Obama wants to admit 10,000 Syrian refugees by October and Democratic presidential nominee Hillary Clinton intends on permanently resettling close to one million Muslim migrants during the first term of her presidency alone.

The same people who shrug with indifference at terrorist attacks angrily demand the universal round-up of legally acquired guns. Only one side apparently deserves arms, and it isn’t the American one.

Democrats are spending their star-studded convention jabbering about a $15 minimum wage, climate change, and abortion, and lambasting Republicans for opposing illegal immigration…but have yet to even mention ISIS.

This is a world war. Love and pacifism will not work with those that are eager to behead a priest on the altar.