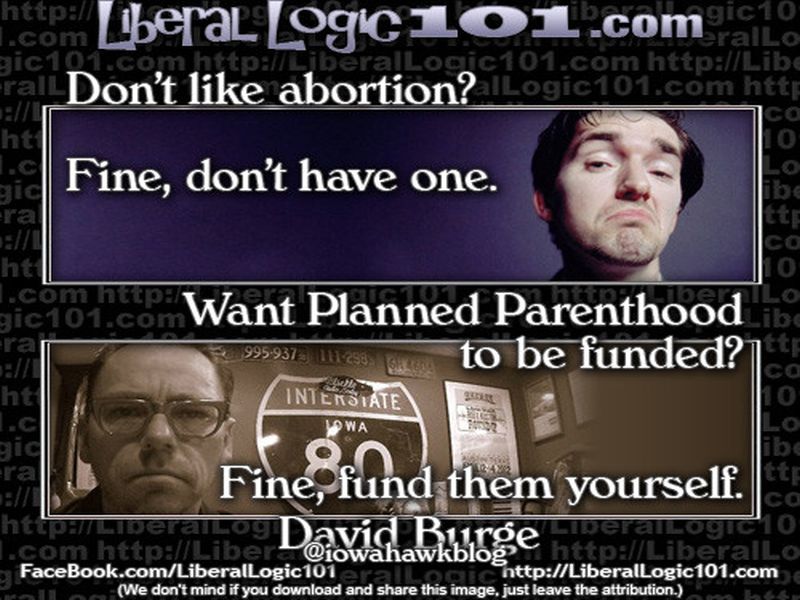 Josh Earnest, the White House press secretary, was speaking with reporters when they raised the matter of the videos released by the Center for Medical Progress which appear to show Planned Parenthood officials discussing the sale of fetal organs for profit, a violation of federal law. He claimed the videos were released in a “fraudulent way” with “not a lot of evidence” behind them.

“There is ample reason to think that this is merely the tried and true tactic that we’ve seen from extremists on the right to edit this video and selectively release this edited version of the video that grossly distorts the position of the person that’s actually speaking,” Earnest said.

But Earnest indicated that the reason he thought the videos were fraudulent was because, well, Planned Parenthood had told him as much.

“Planned Parenthood has indicated that’s exactly what occurred here,” he said. “And any review of the policy that PP says they implement indicates the views expressed in the videos, or at least the way they’re pictured on the videos, is entirely inaccurate.”

In other words, Earnest said, because the images on the videos don’t correspond to Planned Parenthood’s official policies, they must be untrue. Earnest even encouraged reporters looking for more information to simply contact Planned Parenthood.

Earnest admitted he did not know if President Obama had actually watched any of the videos.

“I do know he has been following this story in the news,” he said. …