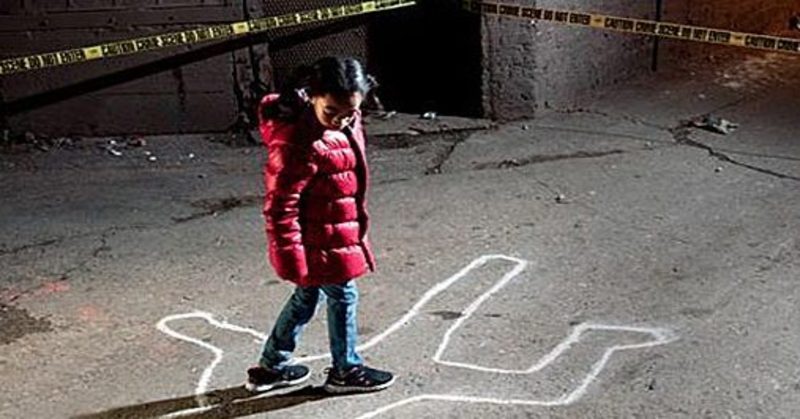 This exchange between Sean Connery and Kevin Costner’s characters (Jimmy Malone and Elliot Ness, respectively) comes immediately before Malone explaining to Ness “the Chicago way” in the 1987 film “The Untouchables.” Set in 1930’s Chicago, federal agent Ness is determined to put an end to rampant corruption that has besieged the city and sees bringing down its most notorious mobster, Al Capone, as the key to getting it done.

If re-written for contemporary times it could be that the key to stamping out rampant corruption in modern day Chicago might be to bring down the liberal Democrats who have monopolistic control of the city’s government.

Like New York City, Chicago is and has been run by liberal Democrats for decades. Of New York’s 51 city council seats all but three are held by Democrats. Not to be outdone, Chicago’s city council has 50 seats with but one Republican, forty nine Democrats.

But Chicago’s city government is known for much more than just its one-sidedness. From Mayor Richard J. Daley’s well known rackets of yesteryear to former U.S House Representative Jesse Jackson, Jr. (who just last year completed his prison sentence after having pleaded guilty to multiple federal charges including fraud, conspiracy, wire fraud, criminal forfeiture and more), the list of Democrats committing and getting caught committing fraud, taking bribes, running scams and other malfeasance while in office is very long.

And now the latest.

Last week a fifteen count indictment was handed down for Chicago Alderman Willie Cochran. Included in the allegations are charges of wire fraud, federal program bribery, extortion, and of soliciting a $3,000 bribe from a liquor store owner seeking to sell his store. Seems his buyer would need a liquor license (imagine that) in order to complete the sale and, well, guess where those come from.

If convicted on all counts he faces 280 years in jail. But fret not Alderman, I’m sure you can find a liberal judge who’ll reduce that to 150.

Cochran, 64, served 26 years with the Chicago Police Department, retiring from the CPD in 2003. He ran as a Democrat for alderman in 2007.  The woman who previously held his office, Arenda Troutman, was under indictment for bribery at the time he ran against her! She lost the election to Cochran and subsequently spent four years in jail following her conviction.

Cochran has pleaded ‘not guilty’ to the charges and appears poised to battle it out in court.

As reported by Gazette.com, “according to Illinois corruption researchers Dick Simpson and Thomas Gradel, more than 30 Chicago aldermen have been convicted of crimes since 1973, most of them on bribery and extortion charges.

More than 1,000 public officials and businessmen in Illinois have been convicted of public corruption since 1970, including imprisoned former Illinois governor Rod Blagojevich. But corruption among politicians on Chicago’s premier lawmaking body has been ‘particularly persistent’, the researchers wrote in an anti-corruption report.”

Blagojevich is still in federal prison as you read this, serving a 14-year sentence. In an odd bit of irony Blago is hopeful that the man whose Senate seat he got caught trying to sell – Barack Obama’s – will commute his sentence as he’s currently doing for a record number of prison inmates.

One might be wondering, are Chicago Aldermen volunteers or underpaid to the point where working some side deals might be necessary to make ends meet?  Chicago Alderman’s salaries range from a current low of $104,928 (Brendan Reilly, D 42nd District) to a high of $117,333 (17 aldermen earn this wage.)

The median household income for Chicago today? About $63,000.

In summary, in our third most populated city there is total and complete liberal Democrat rule. The results? Sky high taxation, toll booths on every major freeway but roads still full of potholes, out-of-control gun violence and other violent crimes, employers fleeing in droves, abysmal black unemployment rates (nearly half of young black men neither working nor in school), highest home foreclosure rate of any major U.S. city – and this is mostly the good news.

While downtown you have elected officials running scams and rackets, taking bribes and using money earmarked for children for their own personal benefit.

And that, friends, is the Chicago way.