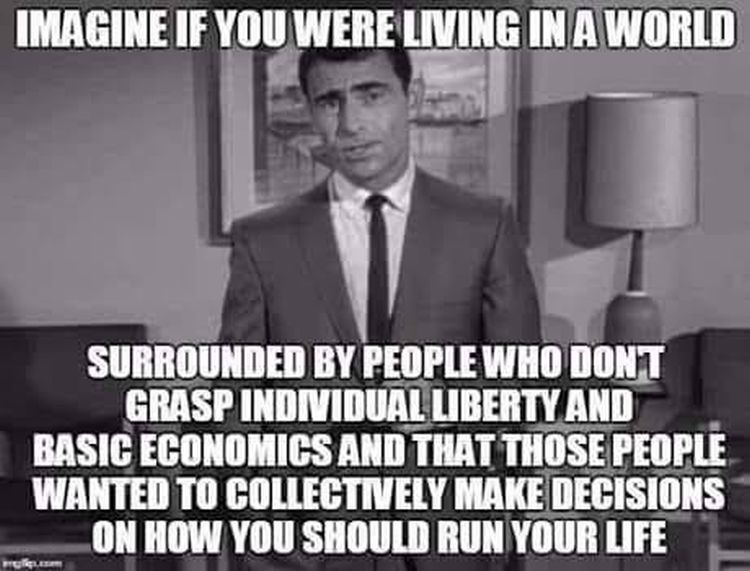 When a fan asked Mike Rowe to explain why none of the presidential candidates ever talk about blue-collar job training, the renowned entrepreneur not only answered the question; he also explained exactly why Bernie Sanders’ “free college for everyone” idea is simply dumb.

“If a majority of voters valued skilled labor as much as they value a sheepskin, I suspect Donald would be campaigning in a hardhat, Hillary would be stumping in steel-toed pumps, and Bernie would be handing out free welding torches,” he wrote.

Bingo. Far too many voters themselves have very little respect for blue-collar job training, and that itself happens to be a huge part of the problem:

Truth is, a lot of well-intended parents still believe that kids who attend trade schools do so because they’re not “college material.” That’s an absurd stereotype with no basis in reality, but for the millions of parents who want something “better” for their kids, it’s reason enough to discourage a career in the trades. Unfortunately, this reasoning is not only faulty, it’s destroying economies large and small.

Just consider the myriads of college graduates who either lack work or find it impossible to obtain a job in their chosen field. Meanwhile, as they wait tables, they must also pay off $1.3 trillion in student loans and debt.

This brings us to Democrat presidential candidate Sen. Bernie Sanders, who believes in implementing a “college for all” program that would pay for every young buck to attend college:

Indeed. It also reinforces the faulty belief that an education is somehow a right. It’s not.

Rowe pointed to the housing collapse, which occurred after politicians began campaigning on the premise “that home ownership was a fundamental part of the American Dream, and therefore a ‘right’ that all Americans should enjoy”:

Then, those same politicians allowed banks to offer adjustable rate mortgages with no money down to people with no credit and no collateral. Then, they allowed Wall Street to roll out mortgage-backed securities. Ultimately, thousands of Americans were given the “right” to borrow billions of dollars and move into homes that were wildly overpriced.

Likewise, the mistaken belief that attending college is a right and somehow makes one better is at the core of Bernie’s absurd proposal — and it’s equally false:

Point is, there’s an excellent case to be made for attending a four-year school – if you can afford it. But if you can’t, it makes no sense to assume a mortgage-sized debt in exchange for a general base of knowledge that doesn’t lead to a job.

This stubborn idea that a four-year degree is the best path for the most people is ruining lives and wrecking our country. And it’s not going to stop if we don’t confront the stigmas and stereotypes surrounding the skilled trades, and dispel them for the nonsense they are.

Whatever your politics, this is not the time for our candidates to be promoting one type of education over another. The truth about education is this – there can be no hope of success without one. Period. But right now, the majority of available jobs do NOT require a four-year degree – they require training – the exact kind of training that parents, guidance counselors, and presidential candidates should be encouraging at every turn.

Need a job but lack the money to obtain a formal education? Then you got two options: Either put your hands out and wait for the government to magically fix your life, or learn a skilled trade.