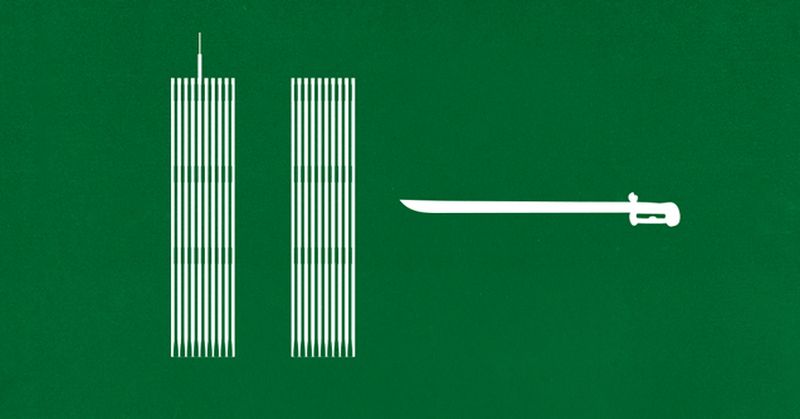 September 11, 2001 is another date which will forever live in infamy for Americans and other Westerners. The largest terrorist attack in our history killed nearly 3,000 people and led to governmental changes unseen in American politics.

While it was tragedy here, Islamists around the world celebrated the death of infidels with rejoicing and dancing in the streets. Who could forget this?

September 11 was not a random date. This date was not simply chosen because they found good deals on one way plane tickets or because it fit their schedule. No, they chose the date for a very specific reason, one that has all the significance in the world for the Islamist movement. To understand this, we must go back nearly a millennia and several centuries into the past.

The famous Gaulish leader Charles Martel stopped the advance of the Islamic Caliphate at the battle of Tours in 732 AD. Islamic armies advanced from Saudi Arabia, east to the Afghan/India region, and West through North Africa and into Northern Spain.

When all hope against these Mohammedan armies seemed lost, Martel rallied the troops and was able to stop the invaders, likely saving what would become Western civilization.

This is a story often told in history classes, but there is another story of Islamic conquest that is hardly mentioned, but is arguably as important. That conquest is the advance of the second Caliphate, the Ottoman Empire.

The Ottoman Empire was, indeed, an Islamic Caliphate. Almost none of the countries we know today in the Middle East existed prior to the First World War and the Sikes-Picot agreement that broke up the Caliphate. Several centuries before the Great War, the Ottomans made stunning advances into Europe, this time from the East instead of the South.

Going across Asia minor, through what was once Constantinople, Islamic armies raided through Eastern Europe starting in the 11th century, ending up all the way at Vienna in the late 1600s. I bet you’ve never heard about this Jihad before.

Every time I see that one clip, I get chills.

September 11, 2001 was no mistake, as Robert Spencer noted. Osama bin Laden chose this date with a very specific purpose in mind: to signify the end of the decline of Islam, and to demonstrate that Jihad as a global movement was back after a 318 year hiatus.

There are all sorts of conspiracies about why September 11 was chosen, but this is not a conspiracy theory; these are two highly connected events that have immense significance in the Islamic world.

Since 2001, there has been a spread of Islamic Jihad throughout the world, there is no question about that. Was OBL right? Did September 11, 2001, really mark the end of the decline of Islamic Jihad?

(Watch the full documentary Islam: What the West Needs to Know)