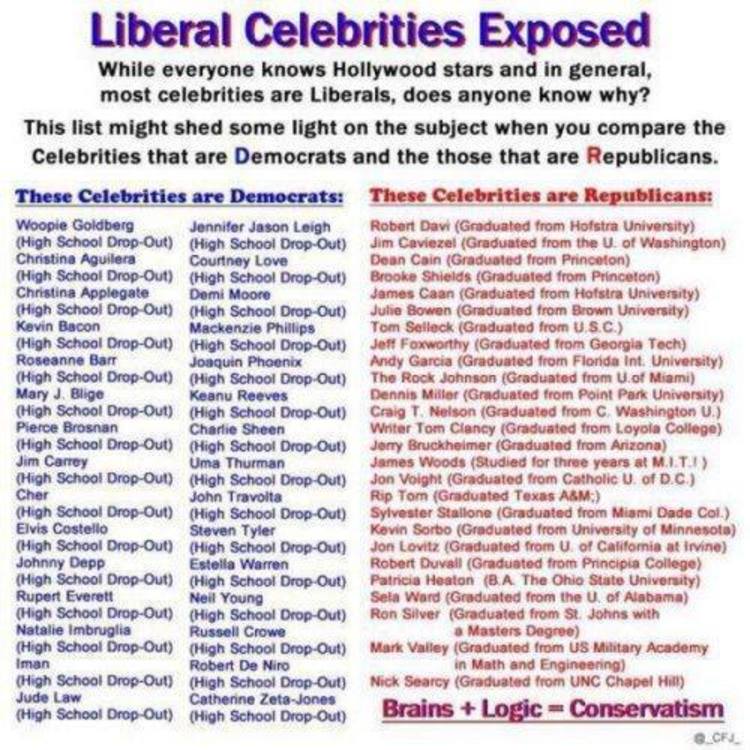 Not particularly interested in the leftist hate-fest that’s going on Sunday night, a group of Republican women in Arizona feel your pain and have organized a #BoycottOscars2017.

The Tempe Republican Women have organized a Facebook page and are trying to convince the “Backbone and decent people of America” to stand up against the “bitter people of the entertainment industry.”

It’s almost a guarantee that the acceptance speeches will be full of attacks against President Trump. As a prelude, Casey Affleck – an Oscar nominee, made a declaration at a different awards ceremony Saturday night: “The policies of this administration are abhorrent and will not last.”

The group also specifically calls out celebrities who have made headlines by speaking out against President Trump, including Meryl Streep, Alec Baldwin and Cher.

“From Madonna and Miley Cyrus parading on stage with little to no clothing while grabbing their crotches and allowing fans to do the same … to the deplorable speeches of Madonna and Ashley Judd talking about their periods in a vile manner and talking about blowing up the White House,” the post reads, “we must send these people a strong and distinct message that they do not speak for the women of this country and they are not the role models of our young daughters.”

“We are calling for a full boycott of the entertainment industry for this unwarranted and outrageous display of petulant behavior.

“Some in the entertainment industry are mocking us saying,  “Go ahead, we don’t need you trash racists”. We are insulted. It is THEY who support all the politicians pandering to racial racketeers and ethnic “identity” politics. Is is THEY who are obsessed with race, collective guilt, and the actions of some people long ago. Is is THEY who help to incite resentment and a new racism both ways. Let’s use their own words and tell them, it is time to “Move On”.

“These people do not deserve our hard-earned dollars. It is important that we send a strong and powerful message to this group telling them to stick to their make believe jobs and to leave the politics of this country to the productive people, just as our wise and forward thinking forefathers designed.

Americans are joining the boycott in droves.

Send preachy Hollywood a severe message tonight – right in the wallet. Give them some ratings for the books. #BoycottOscars2017

This is how I'll be watching The Oscars and how I feel about Hollywood #BoycottOscars2017 pic.twitter.com/HK61x4AsM8

“It’s going to be the most political Oscars for a number of years. When people were talking about it a few months ago, they thought it would be a race issue,” said one Hollywood insider to The Telegraph.

“Now agents are unleashing their stars to say what they will. They are telling their clients they are not going to lose anything.”