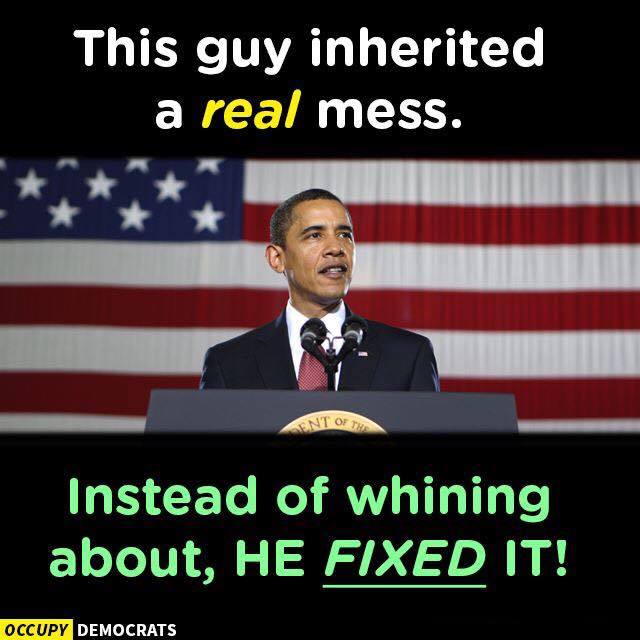 This meme from Occupy Democrats literally caused us to spit water out all over our computer screen. These people cannot be serious, but then again, does anyone actually take Democrats seriously anymore?

For YEARS, literally YEARS, Barack Obama whined that everything was George W. Bush’s fault. He didn’t just complain during his first year in office, he literally complained and whined for YEARS. It was a running joke among people and actually still is to this day.

Not only that, but the Obama Administration left their own massive mess for the Trump Administration. For God’s sake, Obamacare alone was the worst government program put into place in modern history. Obama and Democrats built that and it’s going to take Donald Trump and Republicans a while to unravel that mess — hopefully before it implodes.

People referred to Obama as the “Whiner-In-Chief” because all he ever did was whine about what a “mess” Bush left him. Of course, he never talked about the huge mess caused by Democrats – the over-spending, the housing bubble explosion, etc., etc.

Looks like Occupy Democrats are also slacking in the grammar (oohhh, grammar Nazi alert) department of their meme. Ironic since the left usually loves to play that game during actual discussions.

They will be sure to amuse and entertain us over the course of the next four years with their ignorant, uninformed, and stupid memes, but it’s always fun to correct them while informing others about the truth!