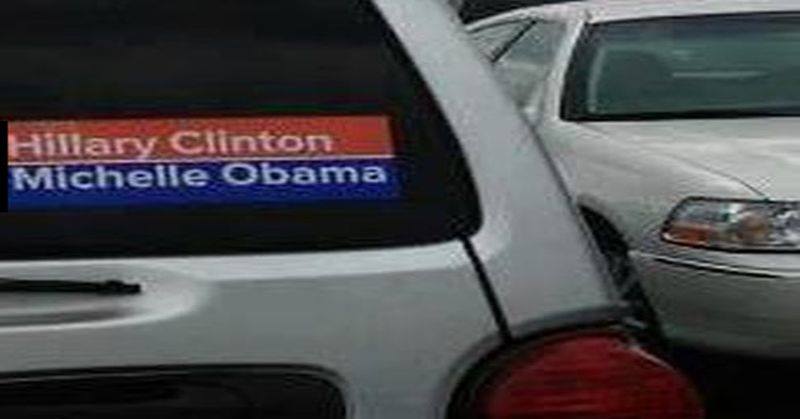 For God’s sake, Hillary Clinton is like the painfully annoying guest at a party who won’t leave at the end of the night when all you want to do is clean up and go to bed.

Clinton is the only one who seems to think she’s relevant, other than a few of her hardcore mind-numbingly ignorant supporters. Clinton recently gave a brief appearance during a screening of “Wonder Woman,” during which she actually compares herself TO Wonder Woman. Get ready to hurl. From American Mirror:

Hillary Clinton has mastered the art of capitalizing on other people’s achievements and popular social trends in an attempt to keep herself relevant.

On Tuesday, she was glomming on to Wonder Woman.

In a “surprise video” Wednesday in honor of Elizabeth Banks – a Clinton backer, activist and producer – that was shown at the Women in Film Crystal + Lucy Awards in Beverly Hills, Clinton spent much of her 95-second message likening herself to the woman superhero taking the box office by storm, according to the Hollywood Reporter.

Pretty sure Wonder Woman would have kicked her husband’s a$$ had he been accused of raping a woman or accused of sexually assaulting any women. Of course, Hillary didn’t do that; she victimized her dirtbag husband’s victims instead.

At this point, we are actually embarrassed for her. She just can’t seem to grasp that it’s over. O V E R. Over, done, political career and aspirations to rule the world are kaput or maybe in this case, KAPOW! Clinton will never be President. Ever. She may run for office in New York, but those people get what they deserve – see Bill de Blasio for an example.

Does anyone give a crap what Hillary Clinton says?

Why? Wonder Woman stands for everything this fucking crow doesn't

She might have something in common with Wonder Woman's Grandma but certainly not Wonder Woman herself?????