It’s becoming clearer every day that what many call “liberalism” is in actuality a mental disorder, probably caused by an untreated high fever in childhood.

The story below really illustrates that point while the meme that follows offers the 5 stages of liberalism as a mental disorder.

It’s not offensive that Hillary Clinton took millions from Wall Street while railing against big banks.

And it’s not offensive that in return for those millions of dollars, Hillary gave speeches that she now wants kept secret.

Apparently what’s offensive is asking questions about those speeches and the promises she made to Wall Street.

That’s what her campaign is telling us, at least. Karen Finney, her spokeswoman said Bernie’s questions are offensive.

Hill asked Finney, “Why then, if there’s nothing to hide… why not just release those transcripts?”

“Well again, Sen. Sanders is, you know, trying to use this to make an allegation to which he has absolutely no response when asked where is the proof,” Finney replied. “So, you know, I think a lot of voters also find that very offensive,” Finney argued.

This is an awesome response, not only because Finney seems to think questions are offensive, but because she says that Bernie has no “proof” of what Hillary said in the speeches. Of course he doesn’t have proof. Hillary is keeping what she said secret. That’s the point, Karen.

Clinton earned as much as $675,000 from Goldman Sachs for three speeches alone. Sanders has been calling for Clinton to release the transcript of the speeches. Hillary hasn’t budged – likely because what she said and the promises she made to the big banks would derail her campaign.

The meme below reveals the 5 stages of liberalism as a mental disorder: 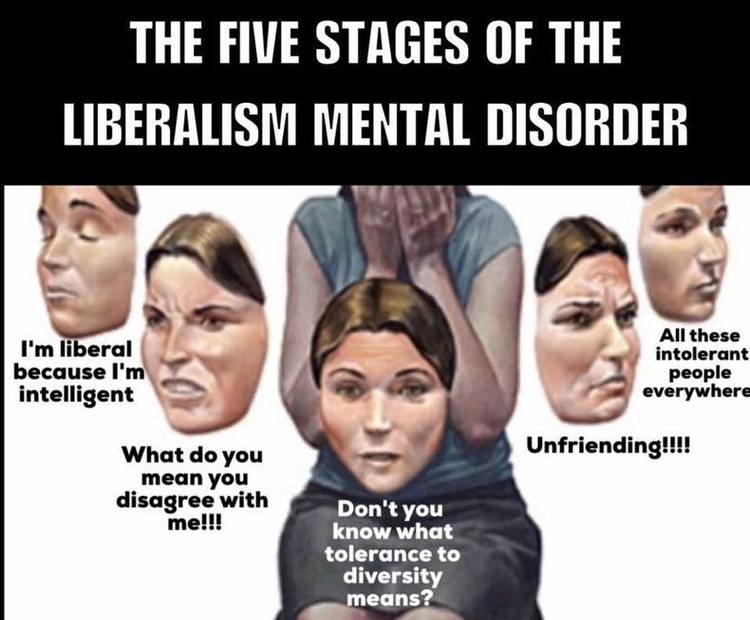 Does that about sum it up? Let us know in the comments below!