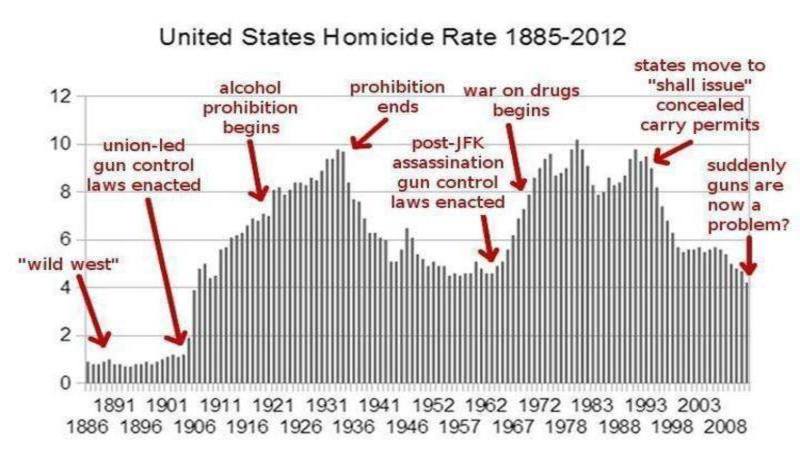 The idea that more government control over the private lives of individuals will eventually prevent atrocities from being committed is an incredibly dangerous philosophy.

It’s also ironic that liberals, who form the majority of those concerned about the danger of an increasingly abusive police force, now openly advocate for a disarmed citizenry, leaving guns exclusively in the hands of the very police they fear.

The fact is that the only world in which rapes, kidnappings, stabbings and shootings don’t happen, is the world of Tom Cruise’s “Minority Report,” in which an all-powerful and all-knowing state prevents crime by arresting criminals before they can act.

And that kind of world simply isn’t compatible with freedom.

Liberty and security hang in eternal balance, as Benjamin Franklin reminded us. As long as people have a choice, some will choose to impose themselves upon others. Freedom is a dangerous thing.

It seems that after each national tragedy, the hand-wringers on the left sift through every grain of liberty they can get their hands on, looking for ways to regulate away every natural disaster, bad business decision, and murderous psycho. Their solution is always more government, more control.

As short-sighted as the call for more gun control is, the call for better background checks and more mental health regulations isn’t much better. Neither addresses the real problem: freedom.

We can talk about a culture in decline, about the wane of traditional morality, or about the effect of a press that glorifies monsters and ignores heroes, but our political calculus as a society must continue to account for the fact that, as Jeb so neatly summarized it, “stuff happens.”

The reason people ask politicians to respond to tragedies is that they want to know what government should do about them, and conservatives need to stop hiding from the fact that we believe there are problems in this world that government cannot and should not solve.

Acknowledge it. Embrace it. Defend it.

Year after year, stories of law-abiding citizens defending themselves and others with legal weapons continue to undercut the arguments of the anti-gun left. Areas that have seen gun regulations loosened continue to see lower murder rates. It turns out that if decent people have the right to defend themselves against violence, they will.

That’s why it’s so important that those who believe in limited government be willing to stand up for the primacy of the “boisterous sea of liberty” while acknowledging that it does indeed have its waves.

Because a free and armed citizenry is not only the cause for gun crime, it is also the solution to it.