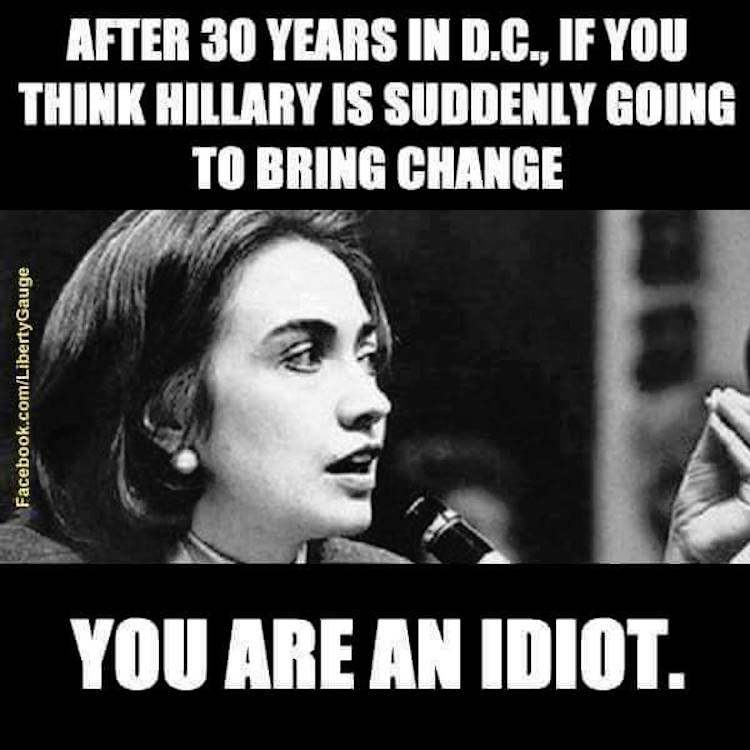 Robert Gehl reports that Goldman Sachs has banned its high-ranking partners from giving money to Donald Trump’s campaign, but not Hillary Clinton’s.

What that means that since Pence is the governor of Indiana (a state official), donations to the Trump campaign are banned.

However, donations to the Hillary Clinton campaign are just fine because Tim Kaine is a senator from Virginia, which is a federal office.

In fact, the memo specifically mentions the Trump/Pence campaign as the kind that are now banned: “Any federal candidate who is a sitting state or local official (e.g., governor running for president or vice president, such as the Trump/Pence ticket, or mayor running for Congress), including their Political Action Committees (PACs).”

This stems from an SEC ruling meant to discourage “pay-to-play” situations where donations are used to help influence which investment firms receive state public pension contracts, Fortune is reporting.

So on the surface, it looks like Goldman Sachs is trying to simply play by the rules laid out by the Securities and Exchange Commission. But there’s no reason why – out of simple ethicality – they wouldn’t bar donations to Hillary’s campaign too. Oh wait – there is a reason:

The firm’s partners have donated almost one million dollars to Hillary Clinton. That doesn’t count the $675,000 they gave her in speaking fees over the last three years either.

In fact, of the firm’s partners, only one has ever given money to the Donald Trump campaign – and he was fired.

The employee, Luke Thorburn, made two donations, totaling $534.58, to Mr. Trump’s campaign in September, according to Federal Election Commission records. He also trademarked the phrase “Make Christianity Great Again,” according to public records.

This rule applies only to the 467 official “partners” of the 30,000 employees around the globe with Goldman Sachs.

“The policy change is also meant to minimize potential reputational damage caused by any false perception that the firm is attempting to circumvent pay-to-play rules, particularly given partners’ seniority and visibility,” the memo reads. “All failures to pre-clear political activities as outlined below are taken seriously and violations may result in disciplinary action,” according to the memo.

We all know which side of the political fence Wall Street is on – but that they are willing to do whatever they can to keep their people in line is astonishing.