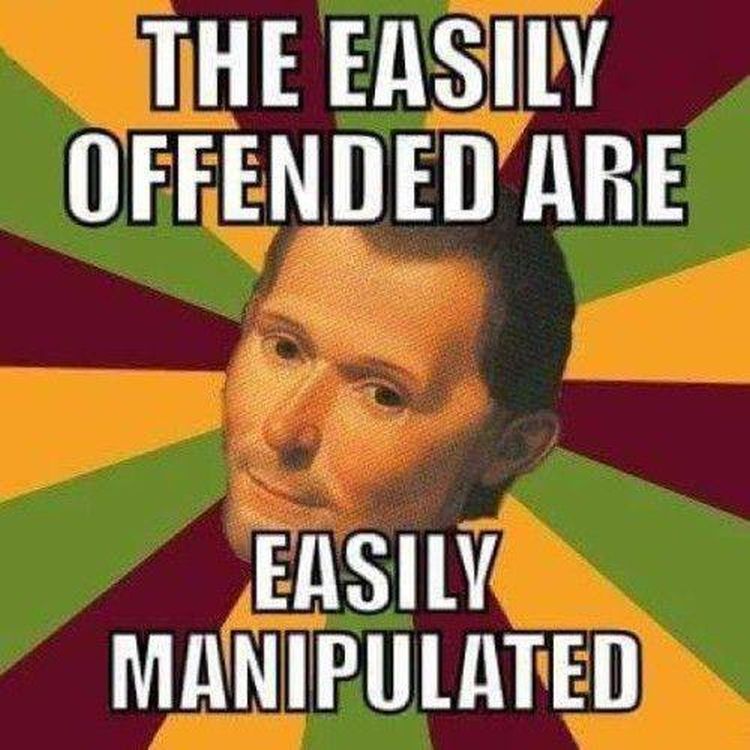 There are far too many people that get offended by everything these days!

However, not even all the liberals are on board with this “safe space,” “microaggression” nonsense.
Even President Obama had a few words to say about the culture of offense recently.

Seth Connell reports that in a commencement speech at Rutgers University, he actually delivered quite a truth bomb to the graduating class of 2016. And boy do college students need to hear this message.

In the speech, he criticized the rhetoric of Donald Trump (without specifically naming him), but the most important criticism was actually of the students themselves.

He went on to tell the students a hard truth about opposing views.

I know a couple years ago some folks on this campus got upset that Condoleezza Rice was supposed to speak at a commencement. I don’t think it’s a secret that I disagree with many of the foreign policies of Dr. Rice and the previous administration. But the notion that this community or the country would be better served by not hearing from a former secretary of state or shutting out what she had to say, I believe that is misguided.

If you disagree with somebody, bring them in and ask them tough questions. Hold their feet to the fire, make them defend their positions. If somebody’s got a bad or offensive idea, prove it wrong. Engage it, debate it, stand up for what you believe in. Don’t be scared to take somebody on.

Don’t feel like you got to shut your ears because you’re too fragile and somebody might offend your sensibilities. Go after them if they’re not making any sense. Use your logic and reason and words, and by doing so you’ll strengthen your own position. And you’ll hone your arguments and maybe you’ll learn something and realize maybe you don’t know everything. You may have a new understanding, not only of what your opponents believe but what of you belie. Either way, you win.

I have to say, he is 100% right. As the old saying goes, a broken clock is right twice a day. And President Obama has hit one of those two times of the day in this speech.

Free exchange of ideas is absolutely critical to a free society. President Obama recognizes this (at least, he expressed words conveying such).

Even borderline-fascist Michael Bloomberg expressed this recently, and Bloomberg is certainly no friend of liberty.

In an adaptation of his commencement speech at the University of Michigan, he stated the following about censorship:

The fact that some university boards and administrations now bow to pressure and shield students from these ideas through “safe spaces,” “code words” and “trigger warnings” is, in my view, a terrible mistake.

The whole purpose of college is to learn how to deal with difficult situations — not run away from them. A microaggression is exactly that: micro. And one of the most dangerous places on a college campus is a safe space, because it creates the false impression that we can insulate ourselves from those who hold different views.

We can’t do this, and we shouldn’t try — not in politics or in the workplace. In the global economy, and in a democratic society, an open mind is the most valuable asset you can possess.

Keep in mind, both Bloomberg and Obama are big government progressives. But nonetheless, they both have hit University censorship hard in their commencement addresses. And you know what, both of them are 100% right, regardless of their other positions.

In order for the United States to remain free, Obama and Bloomberg must have the same freedom to express their ideas about politics that I do to criticize those views. Neither I, nor any of my ideological opponents have the right to suppress my views because of the opposition.

Why is that? Because truth would cease to exist if one could censor their opponents. Even if the ideas that were being censored were false, the power to censor would still be there nonetheless. And rest assured, the power you use to suppress the rights of others will be used to suppress yours tomorrow.

College students need to WAKE UP and realize that they are all a bunch of totalitarians. They are the result of a University system that has been systematically engineered to remove any views that are not culturally Marxist.

The result is that whenever these students hear opinions with which they disagree, or even general facts, they cry for their safe spaces and demand that their oppressors be punished. What kind of society are we going to live in with these students taking the reins over the next few decades?

Conservatives and liberals and libertarians and everyone in between must recognize that any trace of free society will cease to exist if these students get what they are asking for. These students need shock therapy a.s.a.p., and if someone does not give it to them on an ecological scale, the United States will degenerate into one of the darkest societies this world has ever seen.

Watch the full speech from President Obama at Rutgers University below:
https://youtu.be/Xas7xTBXYB4