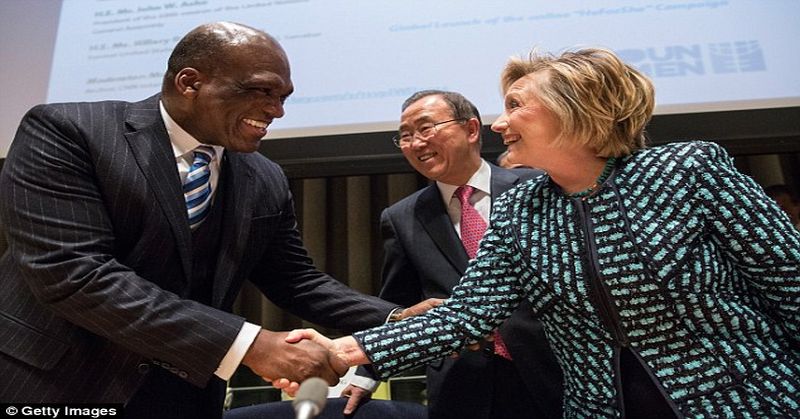 When considering occupational descriptions most likely to make the “most dangerous jobs in America” list one would naturally think of loggers, roofers, smoke jumpers/wildfire fighters, highway patrol and the like. But there may be another description that needs adding to the list – “close business or political associate of Bill and Hillary Clinton.”

From Clinton’s former Whitewater partner James McDougal (who was set to be a key witness in Ken Starr’s investigation but managed to die while in solitary confinement), to Mary Mahoney (a White House intern who was about to go public with her story of sexual malfeasance in the White House when she was ‘randomly’ murdered in 1997 in a Starbucks near the Capital), to former Secretary of Commerce Ron Brown (who was about to cut a deal with federal prosecutors when he was shot in the head while aboard a plane …that crashed), to Vince Foster (Hillary’s former partner in the Rose Law Firm who unexpectedly committed suicide while under investigation), the Clintons are surrounded by people, most of them reasonably young, who have died of ‘other than natural causes’.

Now it’s time to add another to the list – John William Ashe.

It’s being reported that Ambassador John Ashe, the former President of the United Nations General Assembly, has died in an apparent freak weight lifting accident.

A friend and confidant of the Clintons, Ambassador Ashe was awaiting trial for an (alleged) bribery scandal. He died Wednesday. Clearly Ashe was not well schooled in proper weightlifting technique as the barbell he was lifting from a bench dropped on his neck. At his home. Alone. With no witnesses.

Dr. Kunjlata Ashar, Westchester County’s medical examiner, said the cause of death – traumatic asphyxia – was determined during an autopsy, though she did not perform the procedure herself and did not have additional details.

Ambassador Ashe was due in court on Monday along with his Chinese businessman co-defendant Ng Lap Seng, an interesting character to say the least. A Macau-based Chinese billionaire, Seng is a real estate mogul who’s facing a bevy of serious corruption wraps. Seng is charged with smuggling $4.5 million into the US since 2013 and lying that it was to buy art and casino chips. He also is accused of bribery, money laundering and other charges including (allegedly) paying bribes totaling over 500 million dollars to, …wait for it, …wait for it,… former UN General Assembly President John Ashe!

Which is only where this starts to get interesting.

NG was identified in a 1998 Senate report as the source of hundreds of thousands of dollars illegally funneled through an Arkansas restaurant owner, Charlie Trie, to the Democratic National Committee during the Clinton administration. Ng and Trie had visited the White House multiple times for Democratic fund-raising events and were photographed with then-President Bill Clinton and First Lady Hillary Clinton.

Vetting sources at pagesix.com said that, “During the trial, the prosecutors would have linked Ashe to the Clinton bagman Ng. It would have been very embarrassing. His death was conveniently timed.”

Which tends to lead one’s imagination full circle back to the known and many contributions made by billionaires and other foreign national interests to, …wait for it just one more time…, the Clinton Foundation.

Ashe’s involvement in or knowledge of any of this business we’ll now never know. Services for friends and family to say their final farewells are scheduled for later this week.