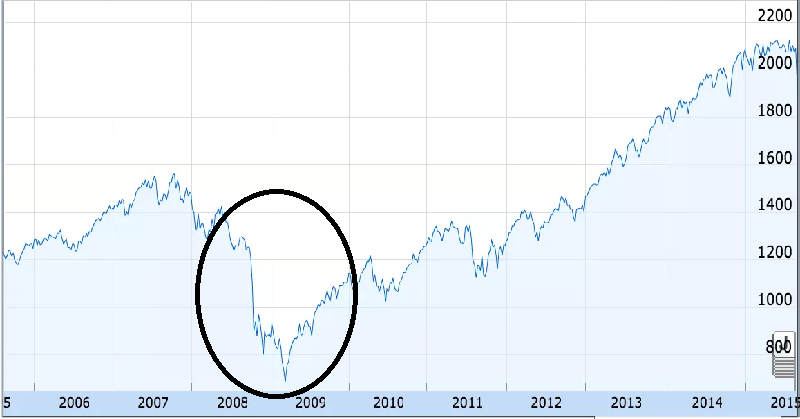 The markets have barely budged in nearly two years, and have suffered two 10% dropoffs during that period (before mostly recovering).

It’s been nearly a decade since the last market crash, and most of us are wondering when the next is in order.

According to Bank of America, stocks are witnessing outflows:

Amid the recent volatility in the markets, investors have been pulling funds out of equities.

“The 2015 retreat from US equities by retail investors appeared to be fading as 2016 got off to a less onerous start,” Credit Suisse’s Lori Calvasina said on Thursday. “But the improving trend has reversed, with severe outflows seen in April.”

According to BOA, equity funds saw $7.4 billion in outflows in the past week.

Here’s a chart below on historical inflows/outflows into the equity markets over the past decade:

The cumulative outflow from equity funds over the past five weeks was $44 billion. BAML’s Michael Hartnett, who characterized this as an “equity exodus,” noted that this was the largest redemption over a 5-week period since August 2011.

For the most part, investors are moving their money into traditionally “safe-haven” assets, which tend to outperform the market in a downturn.

In the past week, $3.5 billion went into bond funds and $1.0 billion went into precious metals funds, which offer exposure to gold. There was also $10.9 billion poured into money market funds, the largest inflow in 13 weeks.

In other words investors are playing the safe-haven assets.

Could this be a sign of things to come? Who knows – maybe they’re all just afraid of a Hillary Clinton presidency.