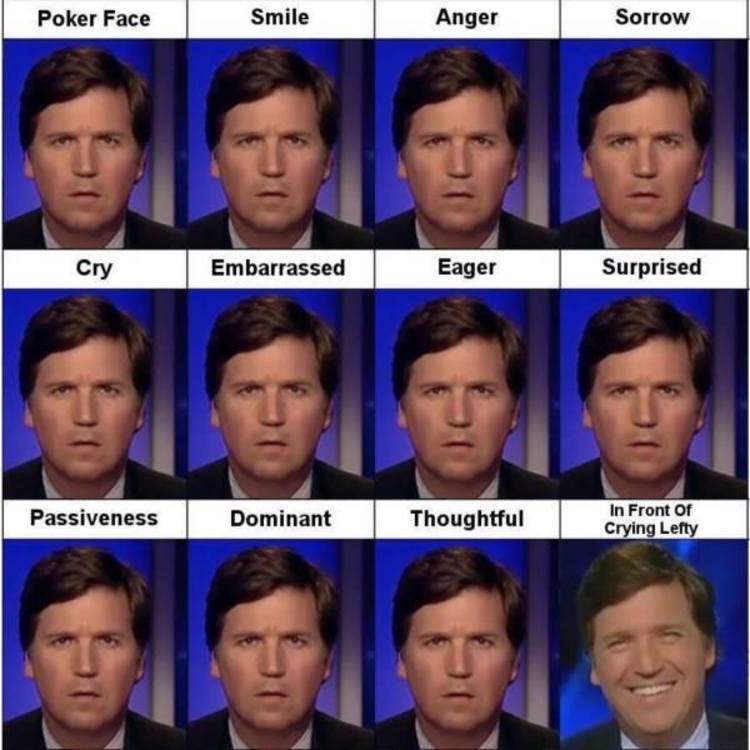 C.E. Dyer reports on Tuesday night’s episode of “Tucker Carlson Tonight” on Fox News, Carlson took down another leftist — this time it was gun grabber Joshua Horowitz, the Executive Director for the Coalition to Stop Gun Violence.

Carlson enlightened Horowitz about what was on his own website: “go on to your website… one of the things you say is one of the big problems is assault rifles.”

Horowitz apparently didn’t know what was on his own website when he answered: “Well, I don’t know if that’s actually from my website …”

That wasn’t going to fly with Carlson and he swiftly cut in: “It is actually, I have it right here.”

“Let me explain to you about assault weapons,” Horowitz began his lengthy attempt to dodge the question. “Assault weapons make killing more lethal, OK. So what we have in that situation is assault weapons have more deaths per shootings.”

“They don’t necessarily cause more shootings,” he continued. “When you use an assault rifle in a crime, you end up with more people dead and more rounds fired.”

Still no answer to the original question, of course. That’s likely because the answer doesn’t fit his agenda and he knows it …

“OK, so Chicago, there’s 762 murders last year,” Carlson redirected Horowitz back to the question he kept trying to dodge. “How many were committed with so-called assault weapons?”

Horowitz continued his feeble attempt to dodge the question and Carlson had to jump in again: “Well you run a gun control website. What’s the answer?”

Finally, Horowitz had to concede: “I don’t know.”

Carlson thankfully didn’t let the point go and was able to highlight gun grabbers’ ignorance about assault weapons, as they often get away with using scare tactics to try and chip away at the Second Amendment. Carlson asked Horowitz how many of the murders in the “city with one of the highest murder rates in the country… were committed with assault weapons?”

Horowitz decided to deflect from the question with a question of his own: “The bigger question is how many were trafficked without background checks.”

No, it really isn’t the “bigger question.” The point of the question is that gun grabbers regularly proclaim that assault weapons, no matter how ignorant they are of what that means, are the problem and that they need to stomp on Second Amendment rights to protect people from them.

… The city’s [Chicago] criminals, for instance, prefer semiautomatic pistols to revolvers and generally seek out cheap junk guns. What’s also notable is the type of gun that doesn’t appear among the top models seized. In 2014, Chicago police recovered only three assault weapons associated with criminal incidents. “Often there’s a misimpression about the importance of assault guns and assault weapons, and it’s important to point out how rare that is,” says Phillip Cook, an economist at Duke University who studies underground gun markets. “The guns being used in Chicago for crime and murder are by and large very ordinary pistols.”

That’s the point. Gun grabbers are trying to push an agenda with scare tactics that aren’t based in fact or reality.

How about this point from The Trace:

By early December of last year, the Chicago Police Department had confiscated 6,521 illegal guns in 2015. That total meant the department was seizing about 19 guns a day — or about one gun every 74 minutes. For the city’s police department, the remarkable haul wasn’t unusual. In 2014, it recovered 6,429. In 2013, it seized 6,815.

Indeed, officers in Chicago recover more guns than their counterparts in New York and Los Angeles — two cities with larger populations — combined. In 2012, Los Angeles police seized 122 illegal guns for every 100,000 residents, while New York cops confiscated 39. In Chicago, the rate was 277.

So how are those tough gun restrictions working out in Chicago? Not very well. It’s almost as if people are safer when our Second Amendment rights are protected and people are encouraged to responsibly exercise their right to keep and bear arms. Why, it’s almost as if criminals find a way to get weapons no matter what and law-abiding citizens should be able to protect themselves so they aren’t sitting ducks.