Anytime someone speaks the truth about Islamic terrorism or Islamic jihadists or the fact that refugees from war-torn countries do indeed have a higher possibility of being extremists, they are instantly labeled as ‘Islamaphobes.’

The truth is so devastating to the left’s narrative that they refuse to see it and this puts the people elected officials are supposed to protect in a position where they are victimized instead.

Facts. So many ignore the facts and ignore the warning signs it’s astonishing. Meanwhile, the left keeps shoving their mantra of open borders down the throats of their own citizens. From Zero Hedge:

The globalists who run the governments and the media outlets in Europe will never admit the truth about the refugee crisis. They’ll never admit that there is a direct link between opening their nation’s borders to people from chaotic war-torn nations, and horrific terrorist attacks. They’re constantly reassuring their citizens that they have nothing to worry about from refugees who come from terror prone regions, and to suggest otherwise is racist and Islamophobic.

In fact, rather than admitting that the refugee community is riddled with terrorist sympathizers, and that this is a problem that needs to be addressed, the globalist try to normalize terrorism.

Map. This is a map that shows terrorist attacks in Europe only since 2012. You can click on the photo to be brought to an interactive map where you can look around the world at terror attacks. 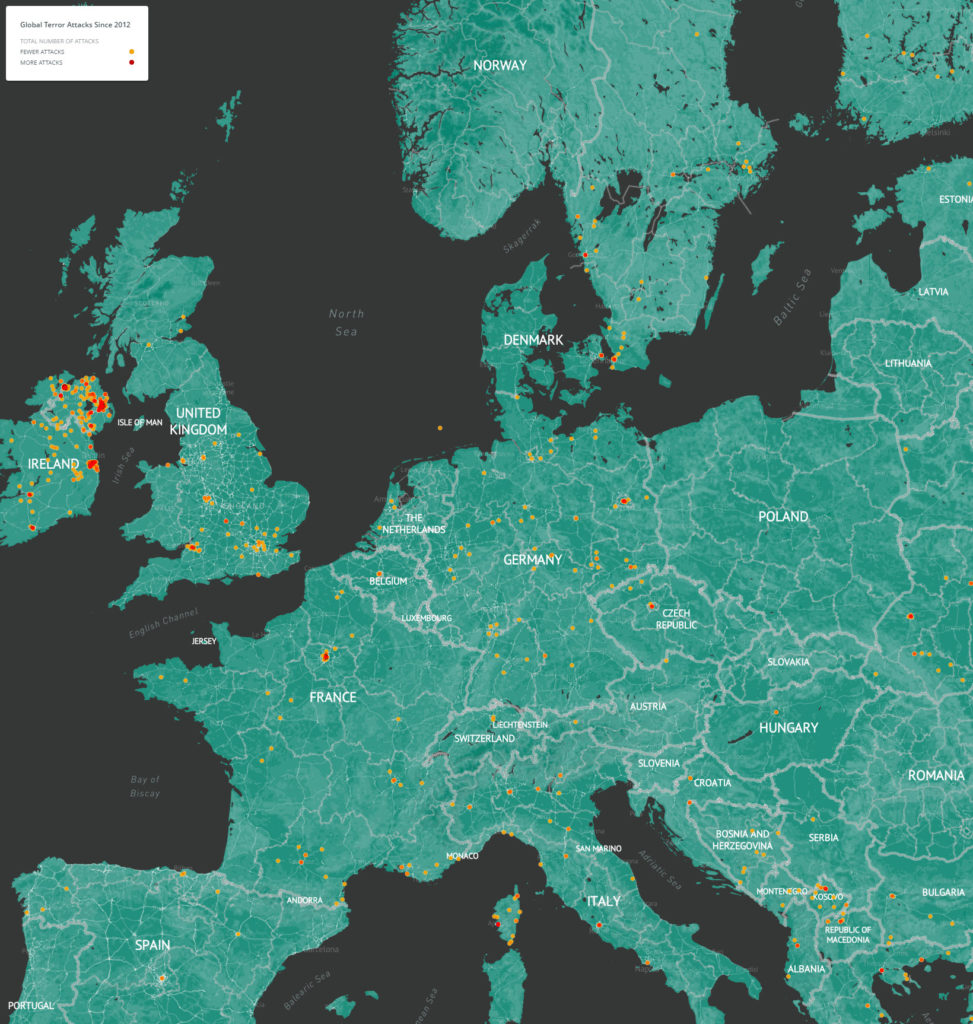 Why this matters? It matters because terrorism ISN’T a normal way of life. No one should tolerate this behavior and if it can be stopped by vetting people are not allowing certain people into your country, so be it. The government’s role in any country is to protect THEIR citizens first and foremost. The left doesn’t seem to understand that concept.