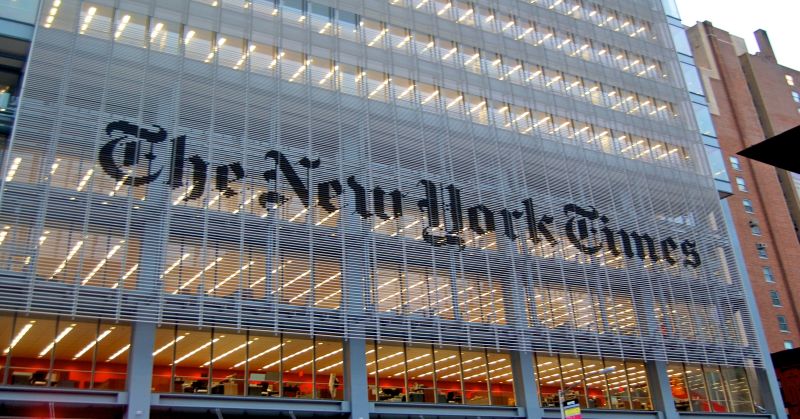 While The New York Times is breathlessly reporting that Donald Trump managed to avoid paying taxes for his business, the Old Gray Lady herself appears to have managed a pretty good tax dodge themselves.

With the revelation that the GOP Presidential nominee declared a $916 million loss that could result in not paying taxes for two decades, it turns out the Times itself has repeatedly avoided paying taxes, Breitbart is reporting.

Forbes reported earlier this year of the Times’ hypocrisy decrying business who attempt to reduce their tax burden by moving headquarters overseas while at the same time they managed to pay exactly zero taxes in 2014.

More recently, for tax year 2014, The New York Times paid no taxes and got an income tax refund of $3.5 million even though they had a pre-tax profit of $29.9 million in 2014. In other words, their post-tax profit was higher than their pre-tax profit. The explanation in their 2014 annual report is, “The effective tax rate for 2014 was favorably affected by approximately $21.1 million for the reversal of reserves for uncertain tax positions due to the lapse of applicable statutes of limitations.” If you don’t think it took fancy accountants and tax lawyers to make that happen, read the statement again.

Speaking on the Sunday morning talk shows, Trump supporter and former New York Mayor Rudy Giuliani said that trying to avoid paying taxes is a “genius” business move because he was simply doing what every American is allowed to do under the U.S. tax code. In fact, he said, he would be obligated to his investors to take advantage of every tax and business opportunity he could to increase profits. If not, he could be sued.

In 2008, the confidential tax information of Joe “the Plumber” Wurzelbacher, who emerged as a critic of then-Sen. Barack Obama, was leaked illegally by an Ohio state official.

If it is unpatriotic to minimize your corporate taxes by moving your headquarters out of the country, then it should be just as wrong to collect a tax break in exchange for not moving your headquarters out of a city (or state). Before the editorial board of The New York Times criticizes corporate inversions, they should probably check whether their employer has also benefited from tax-minimizing strategies.