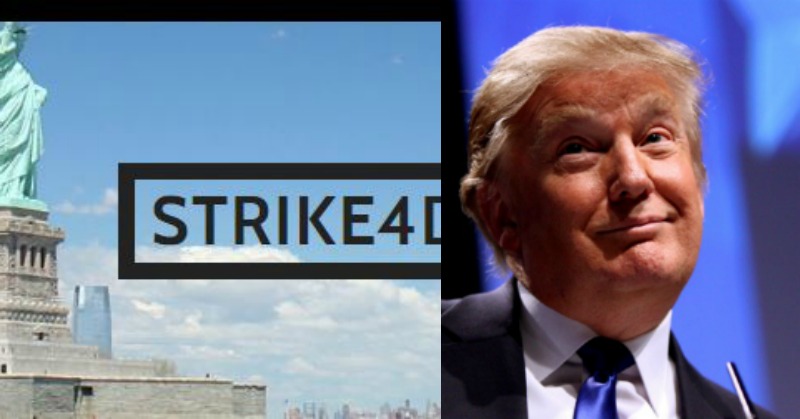 A group of confused anti-Trump “activists” has planned a boycott where they will buy nothing, nor go to school or work, and their explanation of their bizarre protest sums up much of the illogical and absurd nature of the left today.

The group, Strike4Democracy, has organized a “National General Strike” on Feb. 17 which they describe on their website:

This grassroots movement is calling for a national general strike on Feburary 17th, 2017 in defense of our nation’s constitution. Participants pledge to be non-violent. On the day of the strike, we will not go to work (unless absolutely necessary). We will not go to school (unless necessary). We will not spend any money (unless necessary). Instead, we will show dissent with unconstitutional governance through gatherings and activities to be organized at the local/personal level. Some communities are planning a day of service. Instead of work, strikers will dedicate their time to serving neighbors in need. Find your people. Make your plan. Spread the word…

Aside from not being able to buy Che Guevara t-shirts on Feb. 17 (although leftists probably consider that “absolutely necessary”), it’s unclear how this is all that different from any other day for leftists …

It will be interesting to see what they mean by “dedicate their time to serving neighbors in need,” as we reported on a video the other day that showed leftists protesting Trump’s travel ban weren’t very interested in personally helping the refugees they claimed to care so much about …

Leftist often aren’t big fans of actually doing something unless it involves burning something down or breaking something, not to mention assorted virtue-signaling efforts, so that portion of their call to action will be interesting. Since it’s just one day, they might be able to muster up the energy for a photo-op or two.

The best part of their site is the “demands.” From their site:

Our demands are in solidarity with Strike4Democracy however this is a targeted strike.

Our demands are as follows:

We demand that our senators and congressional representatives do the following:

Ah, so like every other Trump protest, this is just another massive waste of time.

These leftists’ time would be better spent actually reading and studying the Constitution themselves since they clearly don’t know anything about it.

A strike to be held in Palm Beach County, Fla., is calling on Trump to get rid of the immigration halt and to not repeal the Affordable Care Act.

“No Ban, No Wall. The Muslim ban is immoral, the wall is expensive and ineffectual. We will build bridges, not walls,” the event page reads.

So this isn’t about the Constitution at all, but rather “moral” posturing based on typical leftist ignorance.

That pretty much covers any leftist movement, really.

It’s interesting to see the left’s newfound concern for the Constitution, which they usually spend their time trying to destroy. Lovely to see them calling for Congress to uphold all of the Constitution, though — that includes the Second Amendment, although I doubt many of these leftists thought of that.