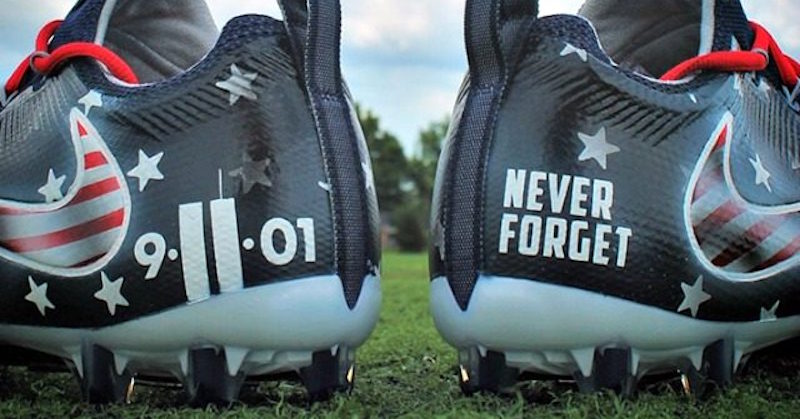 The NFL is going to fine three NFL players for wearing patriotic cleats in memory of 9/11 onto the field.

On the 15th anniversary of the worst terrorist attack on American soil, Tennessee Titans linebacker Avery Williamson and New York Giants receivers Odell Beckham Jr. and Victor Cruz honored the victims of the Sept. 11 attacks and the first responders by wearing special shoes commemorating the event.

In return the NFL has decided to levy a $6,000 fine on each of them for the inoffensive and decent act.

Trace Gallagher: After wearing patriotic cleats "all three expect to be fined about $6K [by NFL] for the gesture." pic.twitter.com/q0UuvLJdUo

It appears that all the NFL players making a fool of themselves and an embarrassment out of the NFL by staging demonstrations during the national anthem will receive zero sanctions, while these three patriotic Americans who just wanted to honor the lives lost on 9/11 will be fined.

The New York and New Jersey police associations offered to pay the fine leveled against Williamson if he wore the cleats.

In a letter to The Tennessean, Bobby Egbert, a spokesman for the Port Authority Police Benevolent Association wrote:

We read, with understandable interest, your piece on Avery Williamson and the NFL’s stance on Avery honoring the September 11th victims. We, along with the New Jersey State Police Benevolent Association, are offering to pay any reasonable fine levied by the NFL if Avery chooses to wear his 9/11 cleats.

Williamson said he thought it was the least he could do, especially when he found out that the police associations had their back. Still, he’s auctioning off the cleats to benefit Operation Warrior Wishes. The current bid is just over $6,000.

While the NFL is busy fining these three patriotic players for wearing attire commemorating America’s heroes, they turn a blind eye to an NFL Player (guess who) who wore socks depicting police as pigs. 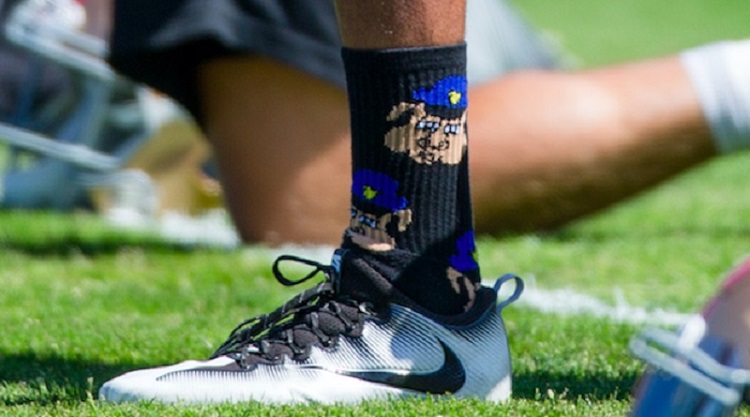 Mediocre player 49ers quarterback Colin Kaepernick has been wearing these disgusting socks on the field for at least a month during practice and nobody said anything about it.

Meanwhile, around the league on opening day, players from the Seattle Seahawks, Miami Dolphins and Kansas City Chiefs engaged in some sort of idiotic demonstration during the National Anthem, from the “Black Power” fist to locking arms, to refusing to stand.