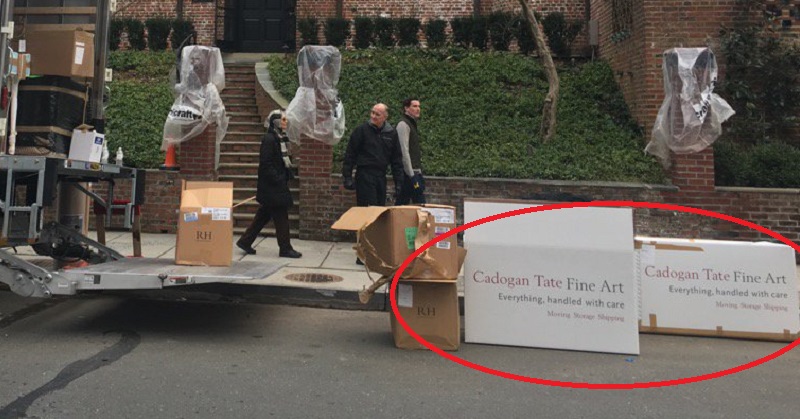 Did someone check those boxes?

With liberal presidents’ penchant for stealing things from the White House when they leave, when The Washington Examiner spotted moving trucks transporting “fine art boxes” from the White House to the Obama’s new rented home in Kalorama, did anyone bother to peek inside to see what they took?

Did they run off with some items that actually belong to the American people? Like the Clintons famously did in 2001?

Back then they booked it with almost $200,000 worth of gifts that should have remained at the White House. The gifts included artwork, flatware, furniture, china and rugs.

Spotted in front of the Obama’s new home was a truck from Cadogan Tate, a company that specializes in “fine art and house removals.” It was unloading boxes of fine art.

Obama and his family will leave Washington on Friday for a two-week vacation in Palm Springs while Trump settles into the White House and the rest of their belongings are moved in.