The internet is all abuzz about the DeNiro meme below and the actor’s disgraceful outburst at the Tony awards last night: 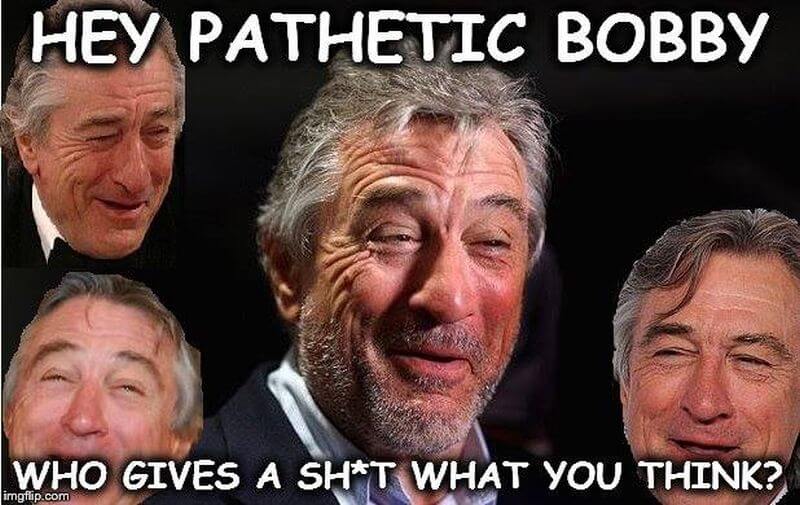 What a disgraceful pig and that says it.

No one cares what pathetic has been actors or actresses think about our president.

Here’s more on the dustup:

CBS muted De Niro when he yelled out his remark, causing confusion for TV viewers of the show. Twitter users who were present for theater’s main awards show event filled in what he said about President Donald Trump.

The Oscar-winning actor is one of Trump’s fiercest critics in Hollywood, which is saying something. He recently referred to him as, “a congenital liar. A mean-spirited, soulless, amoral, abusive con-artist son of a bitch.” …

It’s the latest—and certainly the most explicit—example of an entertainer using the microphone at an awards ceremony to express derision for Trump. The Oscars and Emmys were full of political messages, many of them directly aimed at the White House.

The worst part was not DeNiro’s outburst but the standing ovation he received.

Clearly the entertainment industry has no issue alienating half it’s potential audience and continues to show nothing but contempt for ordinary Americans.