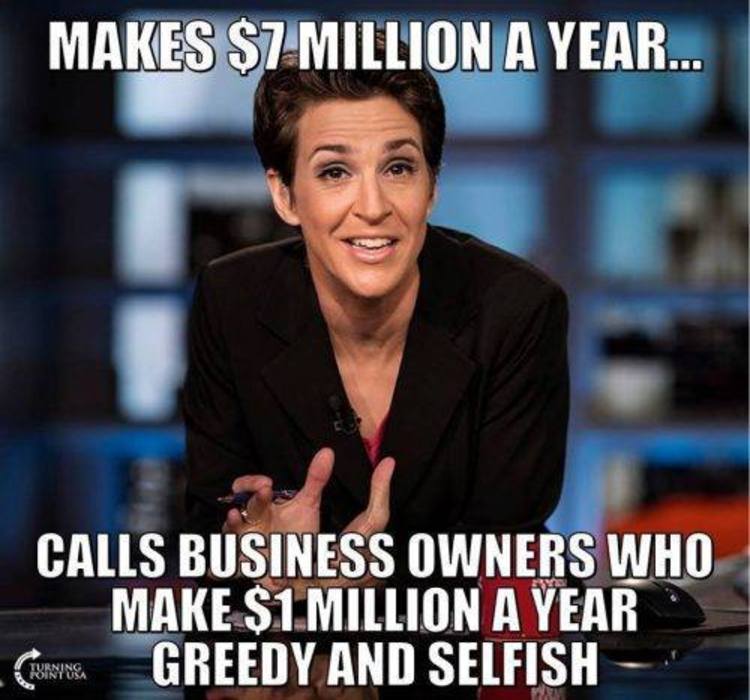 Speaking to Jesse Watters on Fox News, the president disparaged the leftist talk-show host for disseminating his 2005 tax return, along with the people who leaked it to her.

Maddow was attacked on the right and ridiculed on the left for her highly publicized revelation that she had Trump’s tax return when it failed to show anything remotely damaging or disparaging. It was such a non-story, there were theories that Trump himself had the tax returns leaked to make the left look foolish.

On the return, it showed Trump paid $38 million on $150 in earnings – or a 25 percent tax rate, more than Barack Obama or Bernie Sanders paid.

Trump was asked about the leaked tax returns. Trump unleashed:

“They’re bad people,” Trump told Watters. “There is something wrong with them. They leaked them. It’s illegal to do what they did, I think. I always heard that a tax return is a very sacred kind of a thing. You don’t leak them, you’re not allowed to. It’s criminally offensive.”

When Watters asked Trump if he planned to go after those leakers hard,” the president replied: “We’re thinking about it. We’re looking at it.”

He said that the leakers “don’t respect the law” and that it’s “terrible what’s going on in Washington.”

In the interview, Trump also promised to cut taxes and said that a deal would be struck to repeal and replace Obamacare.

“Yes, we’re going to get something done and it’s going to be terrific and so much better than Obamacare,” Trump said. “If you allow [the ACA] to exist for another year, it’s going to implode.”