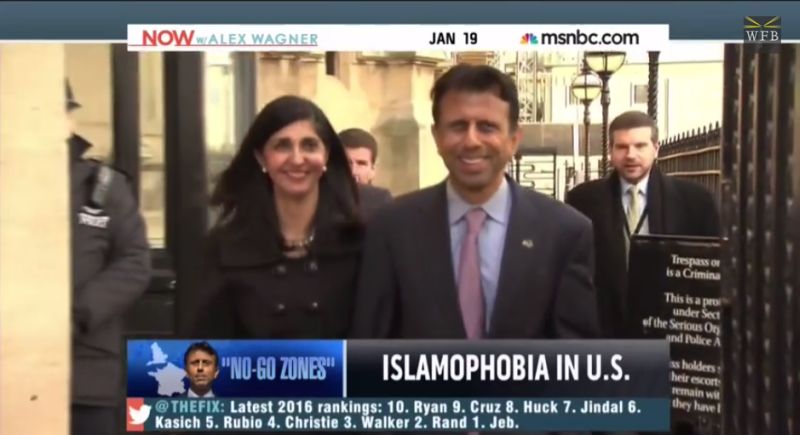 MSNBC continues to pull out all the punches against Republicans, allowing one of their guests to make an uncontested, blatant racial attack on Louisiana Governor Bobby Jindal and the Republican Party.

Gov. Jindal is in London this week where he is addressing the Henry Jackson Society. Gov. Jindal denounced “no-go zones.”

“I think Governor Jindal is protesting a bit too much. He might be trying to scrub some of the brown off his skin as he runs to the right in a presidential bid,” said Iftikhar.

Wagner didn’t question his comment and the interview continued.

Where is the outrage over the unabashed racism here? Can you imagine if this was a different station referring to a different political party?

MSNBC has once again proven to be a hypocritical, vile organization. If you don’t agree with their extreme leftist views, they attack you and as seen here, hold nothing back.