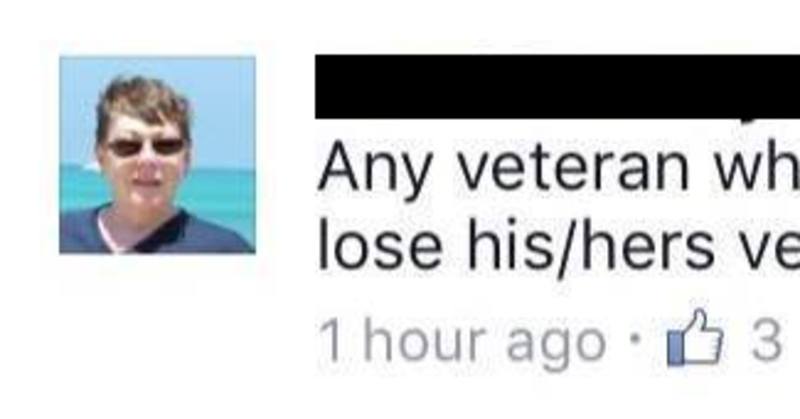 Kimberly Morin reports the left-wing media continues to show their bias against Trump on a daily basis. They cannot seem to EVER post anything positive or good that Trump does, even if it is regarding Memorial Day.

Once again, they prove just how divisive they prefer to be rather than be honest. As reported at The Daily Wire:

President Trump on Monday marked his first Memorial Day as commander in chief, heading to Arlington National Cemetery through the throngs of motorcycles participating in Rolling Thunder to place a wreath at the Tomb of the Unknown Soldier.

The large audience packed into the cemetery’s amphitheater cheered when Trump was introduced, and the president delivered a powerful tribute to America’s fallen service members, calling them “angels sent to us by God.”

You would think the press would actually report on this as it’s a good thing, right? Not the U.S. lame stream media:

Of course, you wouldn’t know that Trump did that if you looked at the top newspapers in the country. In fact, you wouldn’t even know that Monday was Memorial Day, or that nearly every town across the United States held a parade to honor America’s troops.

The Washington Post front page was full of anti-Trump stories, “Serving Intelligence to Trump in Small Bites” and “Budget Would Cut Civil Rights Position,” to name a few. And the main art showed a factory in Kentucky, not Trump or America’s veterans. The paper, whose new motto is “Democracy Dies in Darkness,” did feature one tiny picture at the bottom of the page with a referral to the Metro page for a story about Memorial Day, but no mention or photo of Trump.

Not only is this anti-Trump but it’s ANTI-American. Do they really want people to further hate them because they refuse to even honor the fallen on Memorial Day? Apparently.

Of course, as The Daily Wire points out, if Obama had done this, it’d be all over the front page of the news. Anything Obama did that was perceived as ‘good’ to the lame stream media would be front page.

Don’t expect anything Trump does, even if he saves someone’s life on live TV, to be reported on in a good way by the media. They prefer everything negative because they still can’t get over their candidate’s loss.