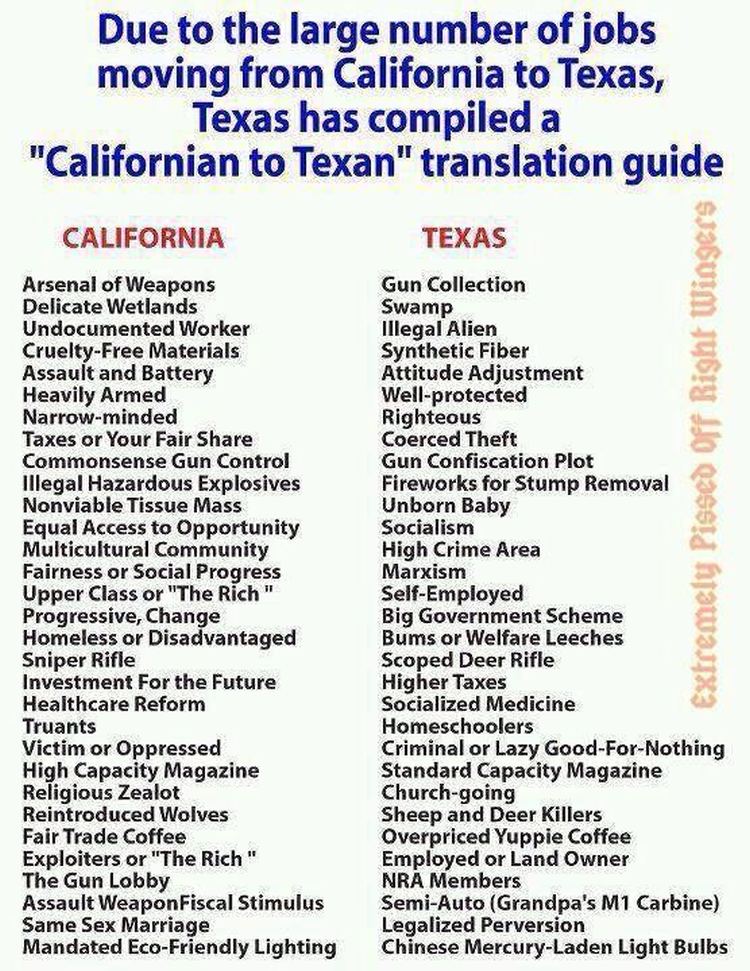 The point is that, while Californians understand their state is actively hostile to most businesses, many simply believe that’s a penalty companies, entrepreneurs, CEOs and employees are — and should be — willing to pay to live in the greatest place on earth.

So when California splendor proved not to be enough to keep Toyota happy in Southern California any more, after a 57-year stay, it rocked the state’s foundations as surely as any tremor along the San Andreas Fault.

Meanwhile, Texans are only too happy to bring umbrellas to watch it rain on California’s parade. Over the last half-century, California and Texas have traded more Americans than any other states — and almost all of them have moved from the coast to Texas.

Since 1990, Los Angeles specifically has lost 3.1 percent of its employment base, more than Cleveland (0.2 percent) and Detroit (2.8 percent), according to new research by UCLA and cited by the Wall Street Journal.