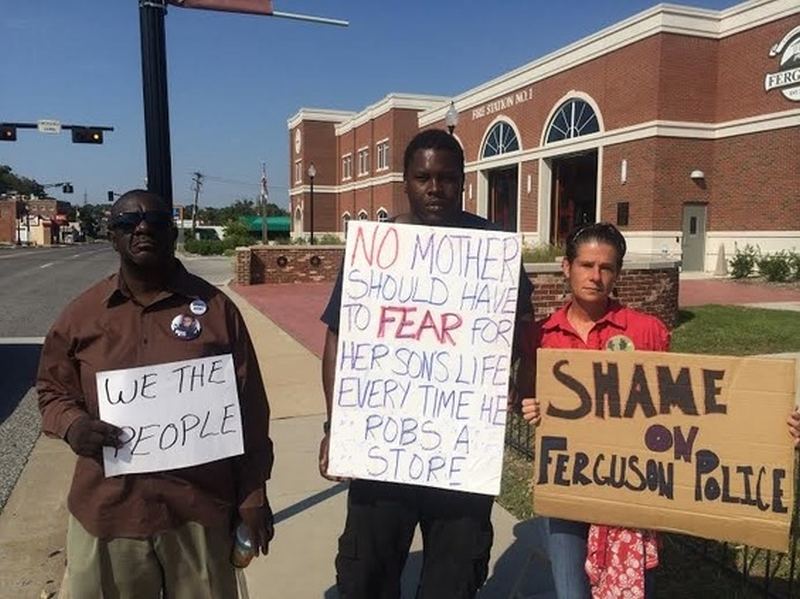 While this image is a fake and was obviously photoshopped it does seem to reflect the attitude of many of the rioters and looters in Ferguson and around the country. 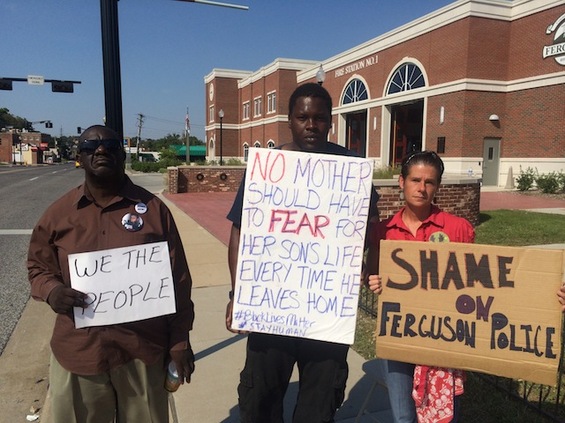 After all they’re protesting to honor a man who robbed a convenience store and then tried to kill a police officer with his own gun.

When Jermell Hasson agreed to let Riverfront Times take his photo for a story about Ferguson protesters, he had no idea someone would later turn it into a viral and inflammatory meme.

Hasson carried a sign in front of the Ferguson police station that read: “No mother should have to fear for her son’s life every time he leaves home. #blacklivesmatter #stayhuman”

Months later, a doctored photo of him holding a sign that says, “No mother should have to fear for her son’s life every time he robs a store,” has gone viral.

“That’s slander to my character,” Hasson tells Daily RFT. “You can tell it’s obviously been photoshopped. It was a horrible job.”

Imgur user Bdawgid says he’s the Photoshop wizard behind the altered photo, which was posted to the photo-sharing site on November 27. Bdawgid writes on Imgur that he created the image because, “it captured mine, and many others, frustration with this whole situation.”

More than 28,000 people shared the faked photo after Jim Gleason, a Maplewood native who’s owned a south-county sign business for almost twenty years, posted it on Facebook with the (very incorrect) description: “You can’t make this up!!!!! 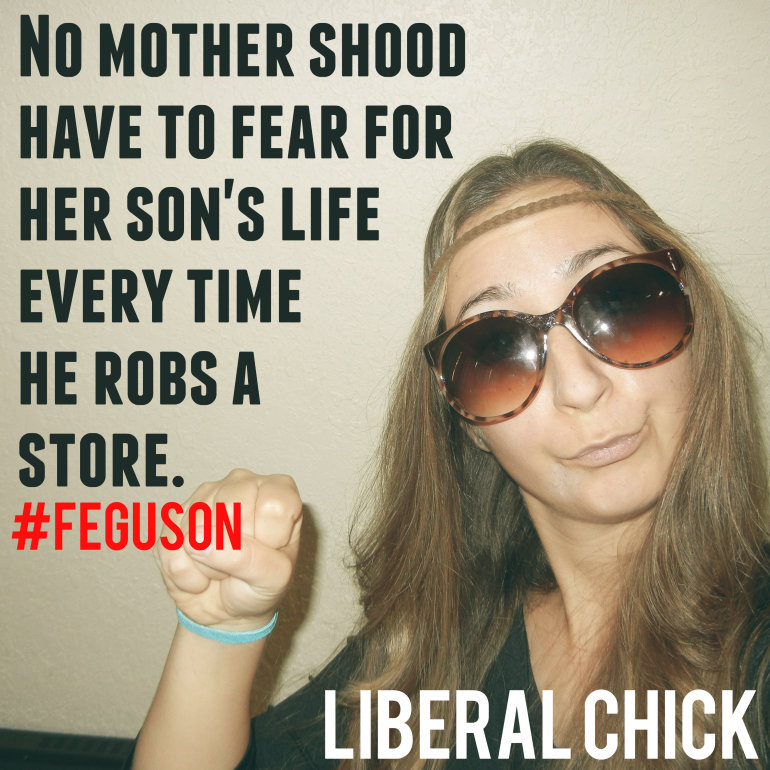