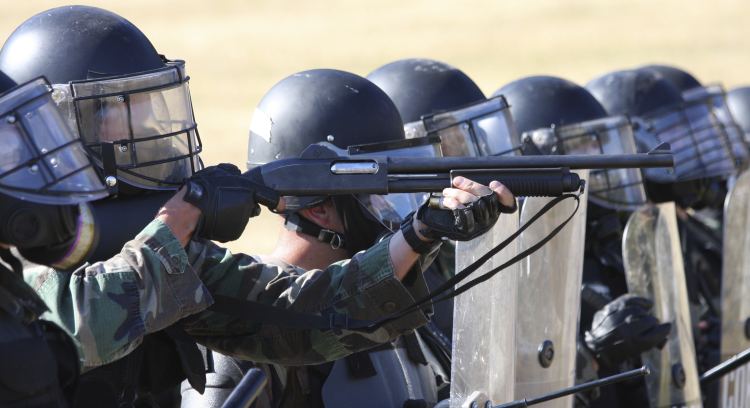 Just before dawn on Oct. 3, 2013, the homes of R.J. Johnson, Deborah Jordahl, and several other conservatives across Wisconsin were awakened by the bright floodlights of law enforcement vehicles.

Deputies pounded on the doors of the homes, executing search warrants, seizing business papers, computer equipment, phones and other devices. During these very bright, very noisy raids, these conservatives, targeted in a secret John Doe probe launched by a Democrat district attorney, were “restrained under police supervision and denied the ability to contact their attorneys.”

The details of what sources have previously described to Wisconsin as “paramilitary-style” raids were made public for the first time Tuesday, in a ruling by Judge Rudolph Randa of the U.S. District Court Eastern District of Wisconsin in Milwaukee.

The probe had been looking into possible illegal coordination between conservative groups and Republican Gov. Scott Walker’s recall election campaign, but came under fire for the opaque way it was conducted.

PREDAWN RAID: A federal judge’s ruling Tuesday in a civil rights case detailed what sources have described to Wisconsin Reporter as “paramilitary-style” predawn raids that occurred during the John Doe investigation into conservatives.

Randa granted a motion to halt the so-called John Doe investigation that has targeted dozens of conservative organizations since August 2012. In doing so, he sided with conservative activist Eric O’Keefe and his Wisconsin Club for Growth.

The lawsuit asserts the investigation is nothing more than a political witch hunt, retaliation for political successes in recent years during the leadership of Republican Walker. Chief among those victories for conservatives was Walker’s Act 10, the reform bill that redefined public-sector collective bargaining in Wisconsin.

Randa’s ruling details some of what conservatives have described as strong-armed raids and Fourth Amendment abuses.

“Among the materials seized were many of the Club’s records that were in the possession of Ms. Jordahl and Mr. Johnson,” Randa wrote.

Jordahl is listed as a consultant for the Wisconsin Club for Growth. Johnson has served as an adviser for both the club and Walker’s campaign.

The warrants were executed at the request of Nickel, the GAB’s special investigator.

“On the same day, the Club‘s accountants and directors, including O‘Keefe, received subpoenas demanding that they turn over more or less all of the Club‘s records from March 1, 2009 to the present,” the court filing states.

“The subpoenas indicated that their recipients were subject to a Secrecy Order, and that their contents and existence could not be disclosed other than to counsel, under penalty of perjury. The subpoenas’ list of advocacy groups indicates that all or nearly all right-of-center groups and individuals in Wisconsin who engaged in issue advocacy from 2010 to the present are targets of the investigation.”

For conservatives outside the investigation who suspected Wisconsin’s politically charged John Doe probe was dangerously close to the IRS’ targeting of conservative organizations, Randa’s ruling would appear to substantiate those concerns.

As Chisholm and crew did in their first John Doe probe into conservatives connected to the governor, the prosecutors, with the blessing of the presiding John Doe judge, conducted extremely public raids, grabbed up an array of personal property and placed targets under a strict gag order that prevented them from publicly defending their reputations.

Prosecutors argued that the subpoena targets and others were “engaged in a wide-ranging scheme to coordinate activities of several organizations with various candidate committees to thwart attempts to recall Senate and Gubernatorial candidates through a nationwide effort to raise undisclosed funds for an organization which then funded the activities of other organizations supporting or opposing candidates subject to recall,” Randa wrote.

Johnson, according to prosecutors, was the “hub to coordinate fundraising and issue advocacy” involving Walker’s campaign and other 501(c)(4) groups such as Citizens for a Strong America, Wisconsin Right to Life, and United Sportsmen of Wisconsin.”

Except, Randa wrote, the prosecutors theory doesn’t matter. The conservative groups, the federal judge said in his ruling, engaged in issue advocacy, not subject to the same laws the prosecutors believe they are. In other words, Randa said the prosecutors’ interpretation of illegal coordination is “simply wrong.”

O’Keefe contends the probe has had a chilling effect on conservative organizations’ First Amendment rights. The Wall Street Journal editorial board has dubbed the John Doe as Wisconsin’s “Political Speech Raid.”

The court filing notes that O’Keefe lost most of his fundraising abilities for the club immediately because:

“As a result, O‘Keefe estimates that the Club has lost $2 million in fundraising that would have been committed to issue advocacy,” the filing states.

All of this comes amid an election year in which Walker is seeking re-election.

Many of the people O’Keefe previously has dealt with in political activism don’t want to communicate with him about political issues, the court document states.

“The subpoenas serve as a warning to those individuals that they should not associate with the Club,” Randa’s ruling asserts.