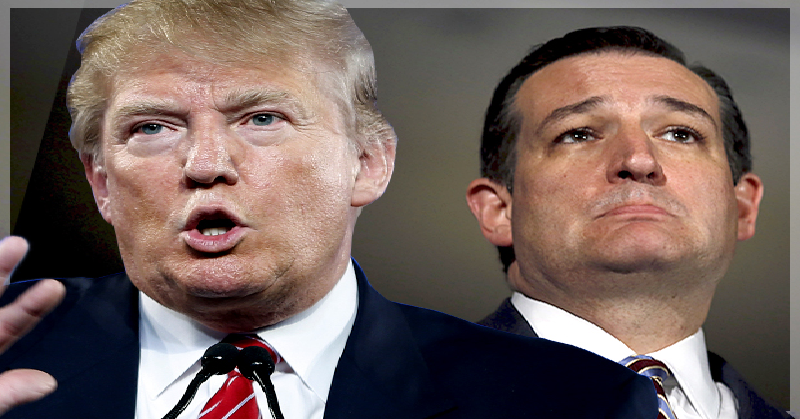 An old Tweet of Donald Trump’s surfaced yesterday where he wrote that “No one remembers who comes in second.” In the aftermath of the Iowa caucus the tweet is certainly ironic.

Many expected Trump to emerge the victor in his battle with Ted Cruz, so waiting to see Trump’s response to his loss was exciting.

As HotAir is reporting, Trump has an explanation for his loss: cheating.

So, looks like I got another prediction wrong. I wrote back in December that if and when Trump lost, he would claim that the vote was rigged. Incorrect. As it turns out, he ended up claiming that Cruz cheated.

This is the single dumbest thing he’s done since he got into the race, including his decision to skip the Fox debate — which even he thinks might have hurt him.

Here were some of his tweets.

Ted Cruz didn't win Iowa, he stole it. That is why all of the polls were so wrong and why he got far more votes than anticipated. Bad!

During primetime of the Iowa Caucus, Cruz put out a release that @RealBenCarson was quitting the race, and to caucus (or vote) for Cruz.

Many people voted for Cruz over Carson because of this Cruz fraud. Also, Cruz sent out a VOTER VIOLATION certificate to thousands of voters.

And finally, Cruz strongly told thousands of caucusgoers (voters) that Trump was strongly in favor of ObamaCare and "choice" – a total lie!

Based on the fraud committed by Senator Ted Cruz during the Iowa Caucus, either a new election should take place or Cruz results nullified.

So is there any truth behind Trump’s claims? As HotAir continues:

Cruz comparing ObamaCare to “TrumpCare” is a garden-variety political attack based on Trump talking about universal health care and getting government to pay for it. Marco Rubio insists every day that he doesn’t support “amnesty,” yet his critics, me included, attack him as the amnesty candidate relentlessly based on the substance of his proposals. That’s politics. The “Voter Violation” mailer that Trump refers to was indeed a sleazy, aggressive bit of pressuring by Cruz, but Cruz didn’t pioneer it and it’s certainly not illegal.

It seems that Cruz’s criticisms of Trump was fair, though slightly misleading.

As for the claims about Ben Carson, even if we fault Cruz, it wouldn’t have affected the results.

As for Cruz playing dirty tricks on Ben Carson on caucus night, Cruz apologizedyesterday for what he claimed was an innocent mistake. When CNN tweeted out that Carson was headed home to Florida after Iowa instead of on to New Hampshire and South Carolina, Team Cruz told its precinct captains that “Dr. Ben Carson is taking time off from the campaign trail after Iowa and making a big announcement next week” and that they should encourage Carson supporters to caucus for Cruz. Team Cruz wasn’t the only one to draw the mistaken impression that Carson was quitting from CNN’s bulletin. Various other people did too.

For starters, Carson actually outperformed his final polling average, finishing with 9.3 percent of the vote after being predicted to finish with 7.7 percent. If there had been a mass exodus to Cruz, you’d expect him to have underperformed unless Carson was on track to finish way, way better than anyone expected. The final margin between Cruz and Trump was a bit more than 6,000 votes; Carson ended up with 17,000+ votes, meaning that roughly a quarterof his supporters would have had to defect at the last minute based on the erroneous news from CNN, which Team Carson rapidly corrected — and every last one of those defectors would have had to go to Cruz.

There’s no doubt that Cruz was the real winner of the Iowa caucus – but that’s just in the votes. Prediction markets indicate that Cruz’s odds of winning the Republican primary increased only 3.1 percentage points since his victory. Trump’s odds declined – and surprisingly, Marco Rubio’s odds increased 26.9 percentage points to a 56.3% chance of victory.

Trump, Cruz, and Rubio are all strong and effective candidates. Only one state has made their preference known, and it’s still anyone’s game.