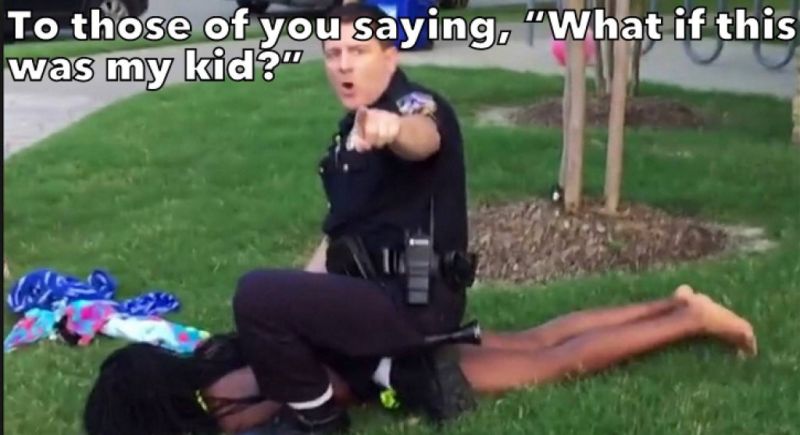 Once a video was posted showing a cop aggressively taking down a black girl, the McKinney pool party incident took the internet by storm, leading to a national debate on whether or not the officer’s actions were justified.

15-year-old Brandon Brooks, the boy who shot the video and posted it on Youtube, spoke out in an interview with NewsFix. Brooks finished the interview with a powerful thought:

“They’re just going to discriminate against them because they’re black. What if that was your kid getting slung to the ground? Would you still be talking about them in the way that you are?”

to it, one that he probably wasn’t expecting. 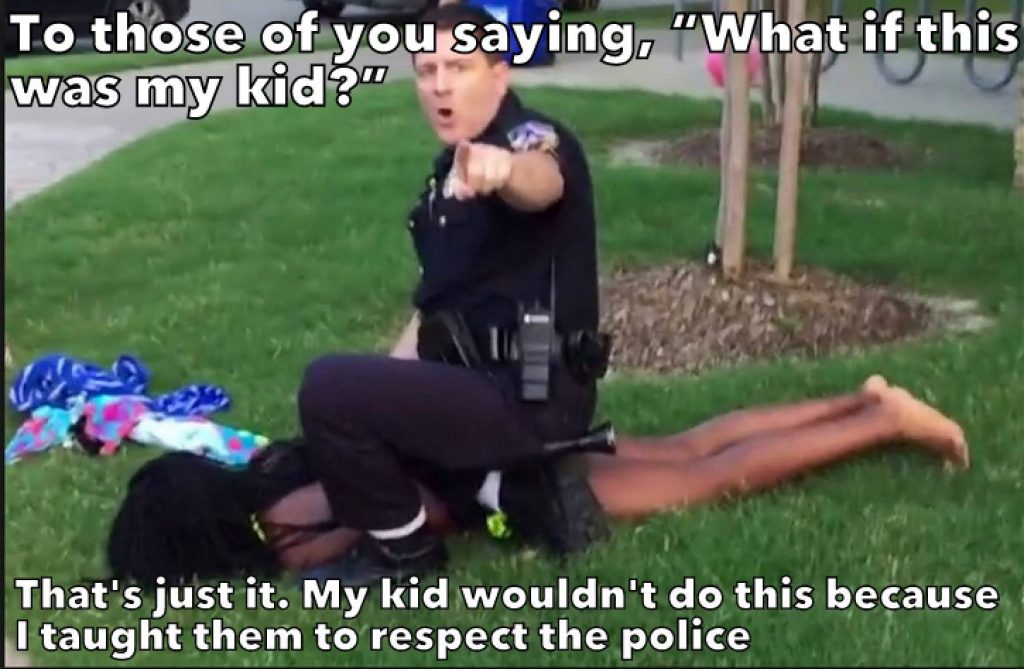 However, Brooks isn’t the only one to call the cop racist and ask that ridiculous question.

Every time someone defends Officer Casebolt, who resigned from the severe backlash, liberals jump to their typical defense and shoot back with, “What if this was your kid?”

The only problem is that the rhetorical question is deeply flawed.

Sure, we do have Freedom of Speech, and we have the right to defend ourselves and say what we want to say to whoever we want to say it to, but the people that don’t end up like this girl in the picture also have something incredibly valuable: common sense.

If this was my kid, were I to have one, I wouldn’t be jumping to her defense. Probably the first question I would ask her is, “What did you do wrong?” Then I would think to myself, “What did I do wrong?”

Some cops abuse their power, but this officer was just trying to control a rowdy situation and this young girl wasn’t making anything better with her loud mouth.

If you don’t view the dangerous work that police officers do everyday to keep us safe as something that deserves respect, you don’t have to give them that. But having common sense and learning when to shut your mouth goes a long way in the real world.

Hopefully the parents of this girl can help her learn that before she turns 18 and gets tossed into reality where yelling “Call my momma” won’t magically erase the consequences of her actions.

I wouldn’t hold my breath.