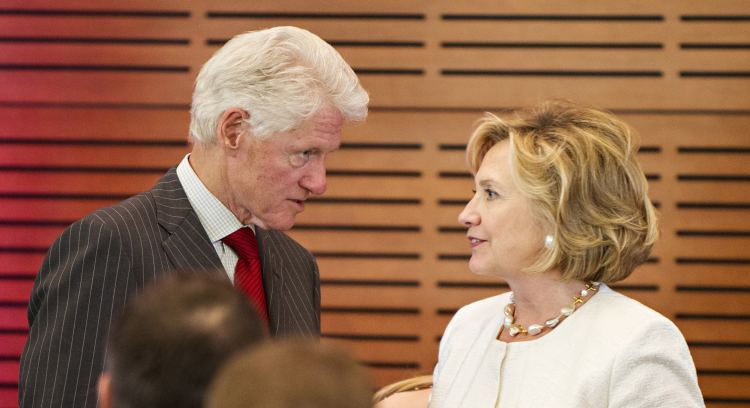 This bombshell scandal threatens to end Hillary’s chances of running for President. It seems she used her position as Secretary of State to dramatically increase her families fortune.

June 2011 documents show that the State Department approved a consulting arrangement with a company, Teneo Strategy, led by controversial Clinton Foundation adviser Doug Band. The Clintons ended the deal after only eight months, as criticism mounted over Teneo’s ties to the failed investment firm, MF Global.

Mr. Clinton’s office proposed 215 speeches around the globe. And 215 times, the State Department stated that it had “no objection.”

“These documents are a bombshell and show how the Clintons turned the State Department into a racket to line their own pockets,” said Judicial Watch President Tom Fitton.

“How the Obama State Department waived hundreds of ethical conflicts that allowed the Clintons and their businesses to accept money from foreign entities and corporations seeking influence boggles the mind. That former President Clinton trotted the globe collecting huge speaking fees while his wife presided over U.S. foreign policy is an outrage. No wonder it took a court order to get these documents.

One can’t imagine what foreign policy issues were mishandled as top State Department officials spent so much time facilitating the Clinton money machine.”

Do you think this scandal is big enough to end Hillary’s run for President?