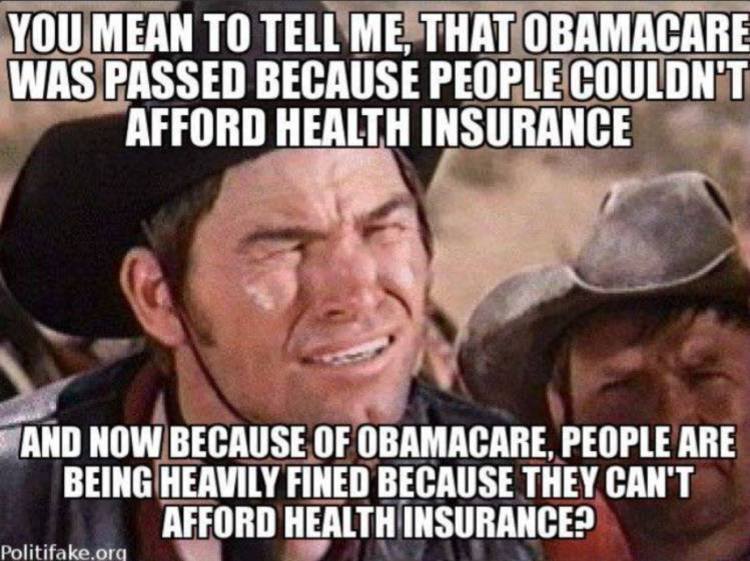 An Indiana man’s IRS bill went viral after he posted a photograph to his Facebook page of a $2,344 fine he claimed was from the federal government for not purchasing health insurance under the Affordable Care Act.

In the Facebook post, withheld because it contains personal information, Miller said the plan for him and his family cost $398 a month prior to Obamacare’s implementation. In 2014, after the law took effect, his insurance soared to $1,400 a month.

“So I chose not to pay $1,400 a month so [I] got a nice little fine,” Miller wrote in the Facebook post. “Thanks Obama for the fine for not having insurance … Thanks for the Affordable Care Act. Thanks for making it so affordable!”

Brace yourselves… The Obamacare fines are coming. ? #ACA #SharedResponsibility pic.twitter.com/KTkde4MQMh

Ed Haislmaier, a senior research fellow in health policy at The Heritage Foundation, said one of the main criticisms of the mandate since its introduction is that the fine is initially set so low that it is cheaper for people with middle or lower-middle incomes—particularly those who are young, healthy and without dependents—to pay the fine than to buy the health coverage.

Last year, roughly 7.5 million Americans opted to pay the fine rather than purchase coverage under the Affordable Care Act, according to the IRS.