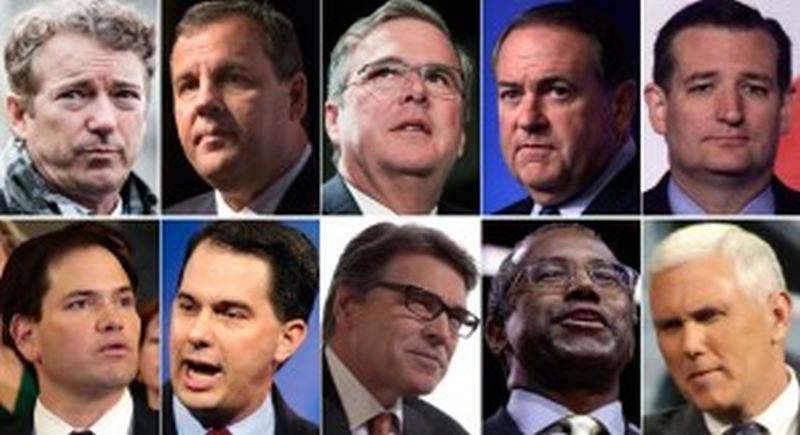 The 2016 Presidential election is still a long ways away, but it can’t come soon enough for many conservatives.

Nate Silver’s FiveThirtyEight calculated the results for this graph that breaks down exactly how “conservative” many of the prospective GOP Presidential hopefuls really are.

What’s especially very useful is that old-time Republican stalwarts, including Ronald Reagan and Barry Goldwater, are included to provide a measure of comparison for today. 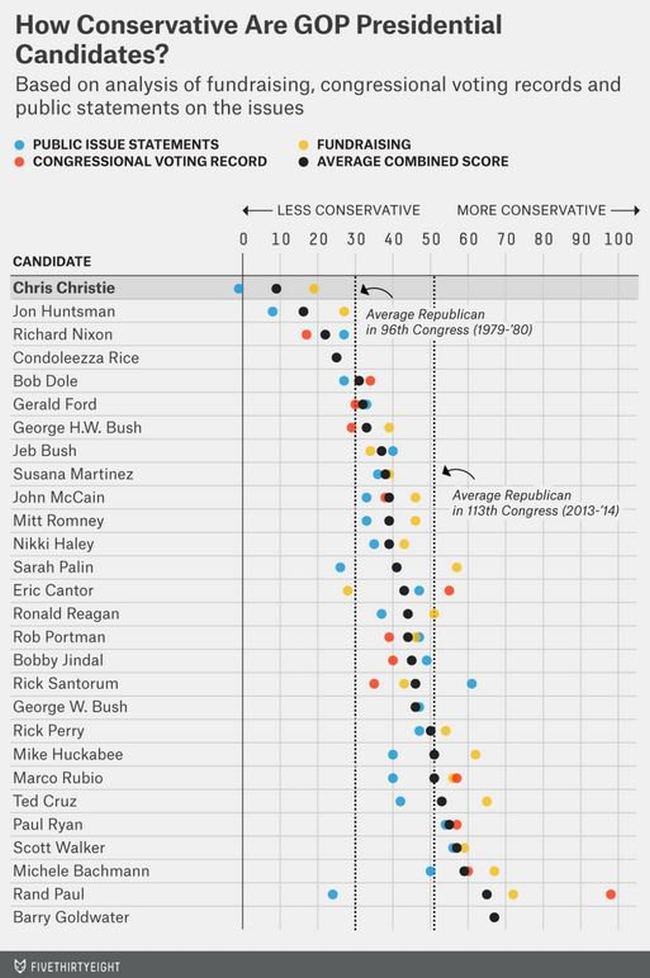 IJR explains some of the results:

It’s especially telling that the two (living) anchors on either end – Christie, and U.S. Senator Rand Paul – are both considered frontrunners for the Oval Office.

The measures used to determine these rankings were not provided, and the list doesn’t rank other influential party leaders like Dr. Ben Carson, who has never held elected office. Still, the rankings provide solid insight into where Republican Party leaders stand.

In other words, somewhere in the middle.

Republicans’ flag-bearer, Reagan, is right there – smack dab in the center of the list. So if the GOP wants another Reagan, perhaps it should look not towards the fringes, but towards those who are conservative, yet willing to compromise.

If we accept that advice (and Silver’s findings), it would mean that among the current field of GOP hopefuls, conservatives should look to candidates like Sarah Palin, Eric Cantor, Rob Portman, Bobby Jindal, Rick Santorum, Rick Perry, and Mike Huckabee.

With the exception of Jindal, this seems like very bad advice to me.

None of these candidates can amass the necessary national support to win the general election, and some even have trouble courting conservatives. Palin and Perry are lightning rods for controversy and ridicule, not completely without reason.

Cantor couldn’t even get out of the Republican primaries last year.

Portman doesn’t seem interested right now, and his stance on some social issues is repellent to conservative voters. Santorum suffers from the opposite problem – he’s interested in running for President (again), but his views on social issues overwhelmingly turn off many moderates. The same is true for Huckabee, who quit his Fox News program last week in anticipation of a likely run.

What do you think of the results of the graph? Who’s your pick for 2016?