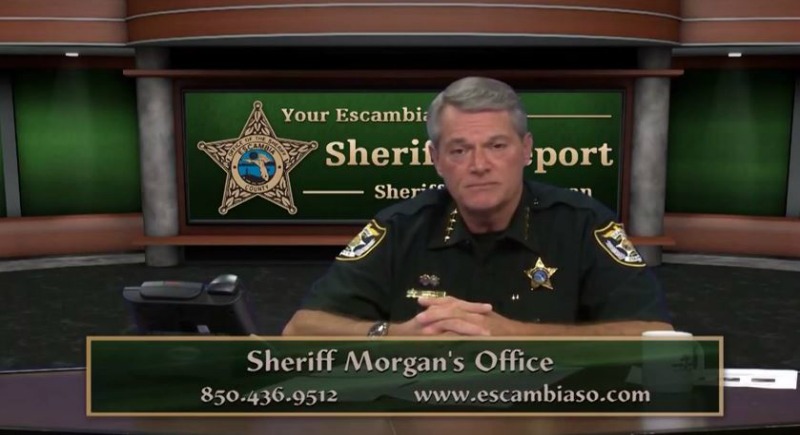 A video from a Sheriff is getting a lot of attention but not for what you think.

Sheriff David Morgan lets the facts rip during his video about racism and the black community.

Of course, he’ll probably get a lot of blowback for this but what he’s saying is the truth.

Well, add Escambia County Sheriff David Morgan to the list of courageous, high-ranking police officers who’re stepping up and speaking the truth about the negative influences of, and on, black culture.

A recent video shows Sheriff David Morgan speaking the truth about the destructive elements of black culture. Morgan’s video is going viral for all the right reasons. Of course there are people calling him racist for saying what he said, but these same people would call Jesus racist if he said much of what Morgan said, so consider the sources out outrage.

Morgan begins his video by taking issue with the term African American. He says, “Blacks that currently reside in America, didn’t come from Africa.” Morgan doesn’t like the hyphenated term saying, “terms like this are divisive in nature,” adding that “we’re Americans.”

You can watch the video here:

Until the black community gets a grip on their own issues and cleans their own house, nothing is going to change.

Until they realize they have been kept down by the Democrat Party, nothing is going to change.

Obama’s ‘hope and change’ has only brought more derision and division in this country and in the black community.

That’s not change ANYONE can believe in.