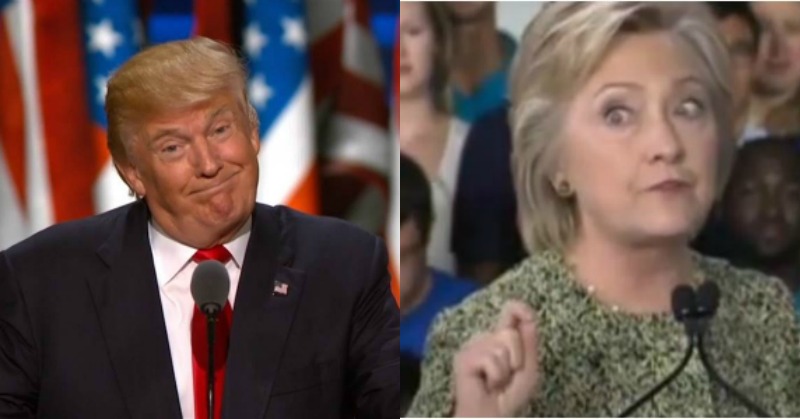 Chapman University does an annual survey called the Chapman University Survey of American Fears, and what the latest one finds scares Americans the most doesn’t bode well for Democrat presidential nominee Hillary Clinton.

The top fear of sixty percent of respondents? Government corruption. Take a look at the full list below, courtesy of AllenBWest.com:

Each item on this list is bad for Clinton in one way or another and shows, in a big way, why GOP presidential nominee Donald Trump has had the support of millions of Americans.

“Corruption of government officials” is pretty straightforward. Clinton would usher in the most disgustingly corrupt administration this country has ever seen.

The fear of “terrorist attacks” and “being a victim of terror” is miserable for Clinton, who won’t even acknowledge the threat of radical Islam. On the other hand, Trump has a solid plan to deal with radical Islam that comes from a place of strength.

Trump is a successful businessman who gets how to turn the economy around while Clinton will run it into the ground. Those that responded “not having enough money for the future,” and “economic or financial collapse,” should be very concerned if Clinton is elected.

Those who responded “government restrictions on firearms and ammunition” could vote either for Clinton, who has deplorable anti-Second Amendment policies, or for Trump, who has been endorsed by the NRA. Pretty simple decision.

As we all well know, Obamacare is a massive failure and Clinton will likely move to amplify it with a disastrous single-payer system. Under a Clinton administration, people will very likely die waiting for care. With a single-payer system, or whatever Clinton can manage to turn the failure of Obamacare into, it’s even scarier to get ill.

Identity theft is something that both candidates need to deal with. It’s a nightmare situation for victims and something certainly needs to be done about it. Still, Clinton believes in massive, ineffective government bureaucracy so I’d much rather have a Trump administration handle it, and any other issue, than a Clinton administration.

If this survey is indicative of most Americans, they should all be voting for Trump in November. I certainly hope that it works out that way.