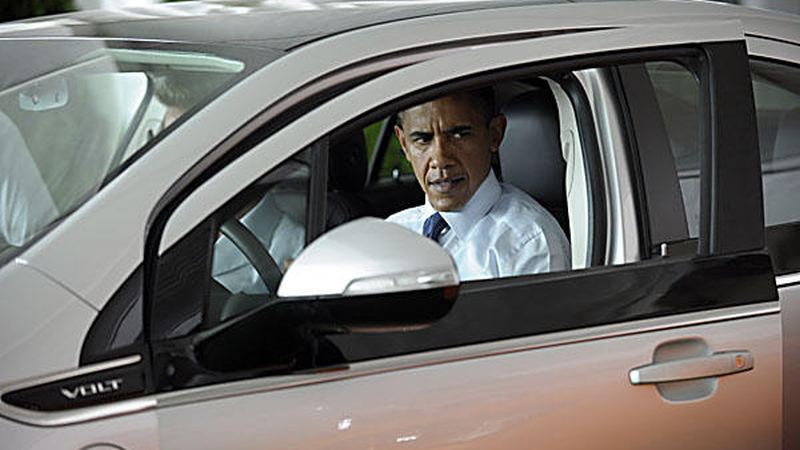 We are told to buy electric cars because of their ‘positive impact’ on the environment, but a new study shows that the reality is that they are worse for the environment than gas-powered cars.

The government spends our taxpayer money to give companies subsidies and tax credits so the companies can afford to build the product.

The new study, authored by four economics and business professors, shows that the government really needs to butt out of the private sector.

Electric cars are worse for the environment per mile than comparable gasoline-powered cars, according to a new study published by the National Bureau of Economic Research.

This contradicts the common assumption that electric cars are cleaner.

In spite of this, the federal government still pays $7,500 for every electric car purchased — a subsidy the nation would be better off without, say the authors.

In monetary terms, electric cars are about half-a-cent worse per mile for the environment than gas-powered cars, on average. This means that if a government wants to tax a car based on how much it pollutes, electric cars should be taxed half of one cent more per mile driven than gasoline cars.

Despite this variation, the federal government maintains a one-size-fits-all electric car subsidy.

The government should not be subsidizing anything. If something is viable, a business man will raise capital, get partners, sell stock, and build the product without the government’s interference and so-called “help.”

Although the typical assumption is that electric cars are cleaner than gasoline-fueled cars, the power for electric cars has to come from somewhere, and it’s often from coal-fired power plants.

“Rather than simply accepting the assertion of environmental benefits from electric vehicle use, this paper conducts a rigorous comparison of the environmental consequences of gasoline and electric powered vehicles, specifically by quantifying the externalities (both greenhouse gases and local air pollution) generated by driving these vehicles,” the authors write.

The government ends up wasting our taxpayer money to fund ideas that are not feasible and are unable to sustain themselves without leaning on the government.

and they refuse to quit trying to force failed products to work.

The left needs to face that we would never oppose clean energy and environmentally-friendly cars if they actually worked well for both the economy and the environment. But these subsidized projects are obviously not working well for either.