President Obama made made every effort to shame those attending the National Day of Prayer breakfast and all Christians for their outrage over the Islamic Extremists attacks in the Middle East and around the world. He compared the barbaric atrocities of modern day Islamist Extremists to the 800 year old Crusades, telling Christians to “get off their high horse.” Apparently the President is rusty on world history.

Dr. Bill Warner of the Center for the Study of Political Islam put together a database of some 548 Islamic jihadist battles against classical civilization, namely Europe, and compares it to the battles during the Crusades. He put together this map that paints a very different narrative than that of the President. 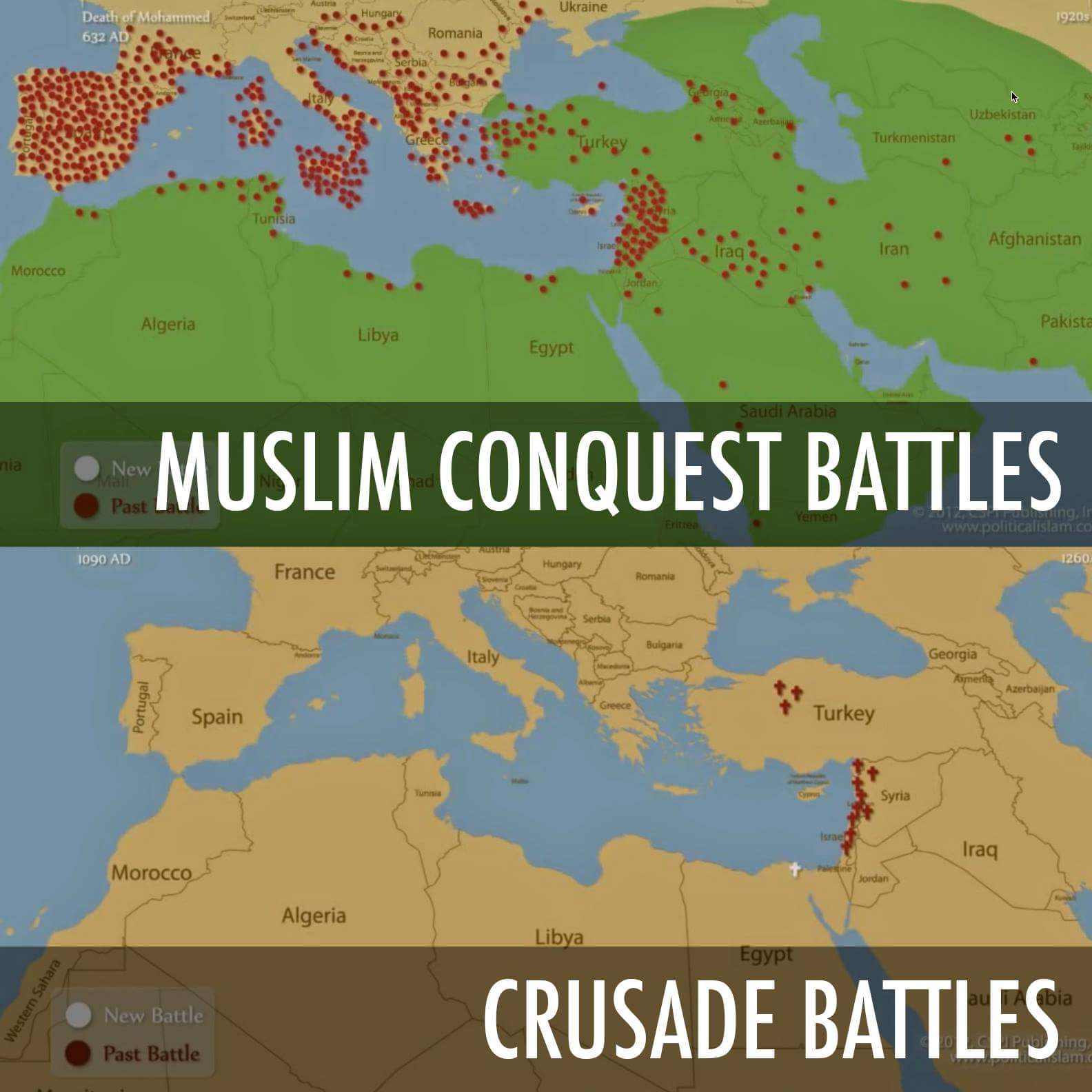 The Crusades primarily began in response to the horrific acts of the Islamic jihadist soldiers during the battles against classic civilization in Europe. Over 1 million slaves were captured and taken out of Europe into the Islamic world during these battles. The Crusades were not unprovoked attacks.

I am not condoning the behavior of those who fought in the Crusades, but we are not responsible for the wars of 800 years ago. Christians have progressed with the years. They are not committing beheadings, burning people alive, crucifying children, taking hostages, turning women and children into sex slaves nor are they throwing LGTB’s off of buildings. However, modern day Islamic Jihadists are carrying out the same barbaric acts of that their forefathers committed during the battles against classical civilization.

It is shameful of the President to ride his high horse, lecturing clergy and Christians as a whole, distorting events and drawing illogical comparisons.

Sadly this is the progressive liberal way, attempting to twist our culture and heritage such that we are supposed to be ashamed of being white (white privilege), ashamed to be Christian, ashamed to be immigrants of European descent, and ashamed to believe anything that goes against their narrative. What do you think?