1. The mass production of penicillin 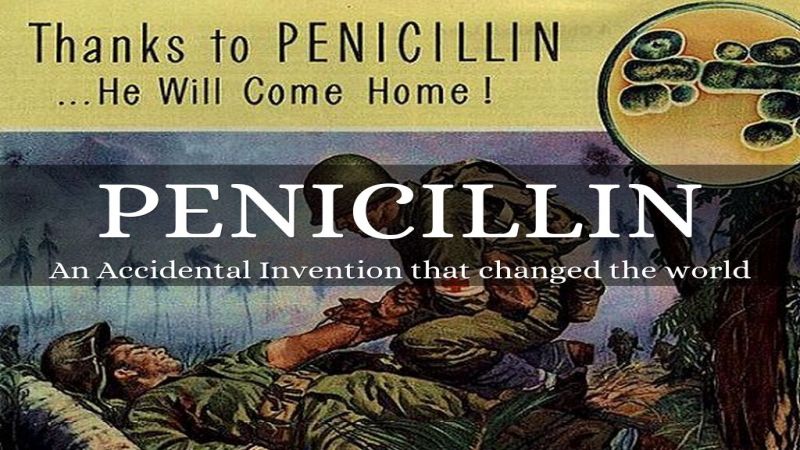 Alexander Fleming was looking for ways to destroy bacteria. In 1928, he was growing lots of bacteria known as staphylococci on agar plates. Alexander Fleming could be a bit slapdash – his lab was rather untidy, and he sometimes left the lids off his plates for a long time, letting the air in. Before going on holiday in 1928 Alexander made two mistakes. He didn’t put all of his plates in bleach to sterilise them, and he left the lab windows open. When he came back from a holiday, Alexander noticed that lots of his culture plates were mouldy.

A common mould that might have grown happily on a slice of bread had landed on Alexander Fleming’s plates – a stroke of luck which has saved millions of lives Alexander Fleming. Although Florey and Chain developed it as a medicine, Fleming and his mouldy plates will always be remembered. Just before he put all the plates in the washing up to get clean, Fleming noticed something. Although lots of bacteria were growing on his plates, there was a clear ring in the jelly around some of the spots of mould – no bacteria were growing Something had killed the bacteria that was covering the jelly. Straight away Fleming saw that this might be important. 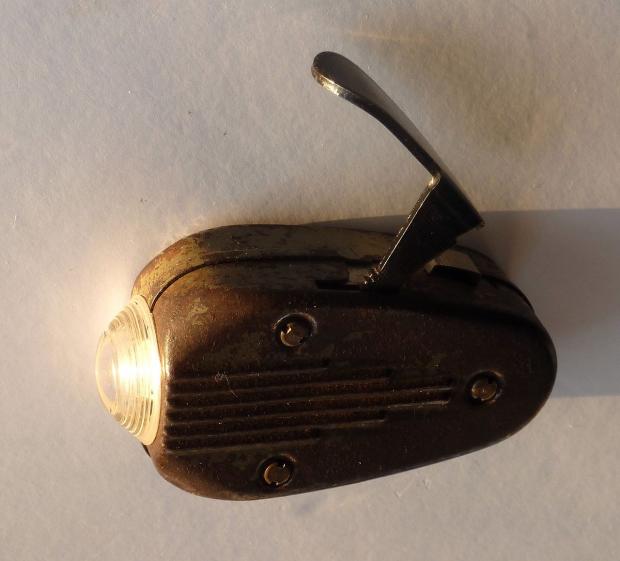 Power was always a problem during WWII and in 1943 in occupied Netherlands the Philips company built a dynamo-powered flashlight for the troops. Powered by a handle on top, light was generated by squeezing the handle on top. The unit had no battery to charge, so power was only generated while the handle was being rapidly depressed. The torchs were nicknamed the knijpkat (roughly translated as squeezed cat) due to the noise that the dynamo made.

Although previous examples of dynamo-powered torches exist, Philips managed to mass produce them and popularise them: the torches were still on sale in the 50s! They were also built to last: we have one and, more than 70 years later, it still works using the original components and bulbs. Still available today, most torches use a hand crank that charges an internal battery, giving more use for less effort. 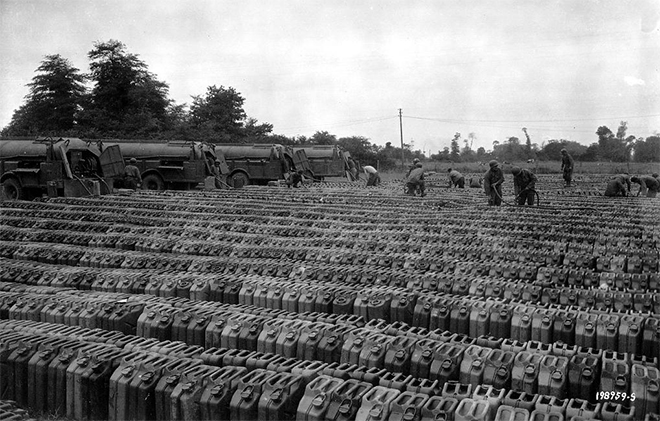 Called the Wehrmachtskanister by the Germans, the Jerrycan is a robust container designed for carrying fuel around. It was invented at the bequest of Hitler to provide a way of transporting fuel by hand. The clever design was reverse engineered by the Allies and put into service to replace their existing canisters, which were easy to puncture.

The Jerrycan is clever for several reasons. First, it has three handles, which lets a can be carried by one person or two people easily, plus passed along a human chain like a bucket full of water for putting out a fire. When empty, the three handles means two cans can be placed side-by-side and one person can carry two Jerrycans in each hand.

The cross design on the side helps strengthen the can, while allowing the contents to expand. There was also an air pocket under the handles. A cam lever release mechanism and short spout with an air-pipe to the air pocket allows smooth and accurate pouring on the contents. 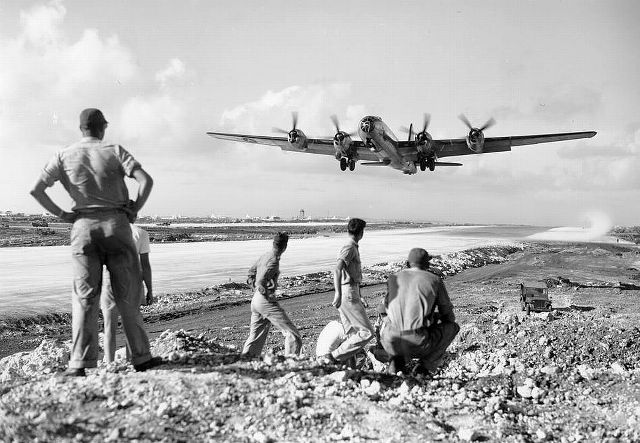 Flying at high altitude puts occupants of an aircraft at risk of hypoxia (poor oxygen levels in the blood), altitude sickness, decompression sickness and barotrauma (cause by pressure differences). Despite these risks, bombers at the start of WWII were only equipped with oxygen masks, which restricted movement and were prone to failure.

Until the B-29 Superfortress was introduced in 1944, only experimental aircraft had been produced with pressurized cabins. For this plane, the Americans created the first cabin pressure system, with the nose and cockpit sections linked to the aft via a long tunnel, all pressurised. However, the bomb bays remained unpressurised. Even so, this advancement meant the crew could move around in comparative comfort. After the war, the benefits of pressurised cabins were rolled out to passenger planes, allowing us all to fly at high altitudes in relative comfort. 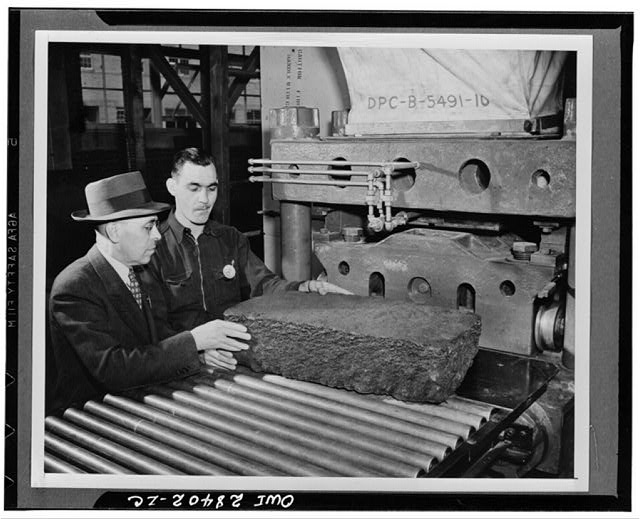 A shortage of oil meant that the Germans desperately needed an alternative and came up with a blend of adipic acid ester with poly(ethylene) oil. It helped keep the Luftwaffe in the air during the duration of the war. The Americans also developed their own synthetic oil and started using it in the airforce once it was discovered that synthetic oils made the planes easier to start in winter and reduced soot deposits in oil radiators.

In addition, with the Axis powers in control of most of the world’s supply of natural rubber, there was a desperate need for the Allies to improve synthetic rubber production. In 1940, Waldo Semon developed Ameripol, which was cheaper to produce and easily met the Allied need for rubber. 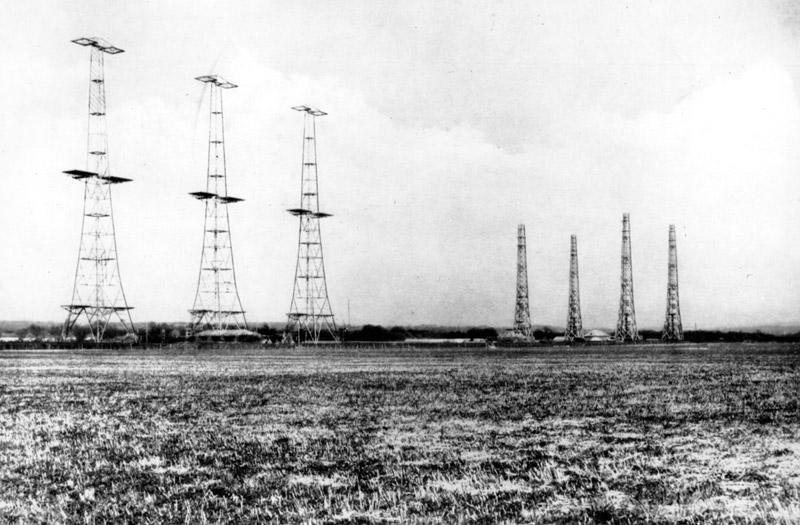 Both the Allies and Axis powers used radar in World War II, and many important aspects of this conflict were greatly influenced by this revolutionary new technology.

The technology of radio-based detection and tracking evolved independently in a number of nations during the mid 1930s. At the outbreak of war in September 1939, both Great Britain and Germany had functioning systems. In Great Britain it was called RDF, Range and Direction Finding, while in Germany the name Funkmessgerät (radio measuring device) was used.

By the time of the Battle of Britain in mid-1940, the Royal Air Force (RAF) had fully integrated RDF as part of the national air defence. By contrast, The German Funkmessgerät, was neglected, partly due to Adolf Hitler’s prejudice against defensive measures, and failings by the Luftwaffe in coherently incorporating the new technology. 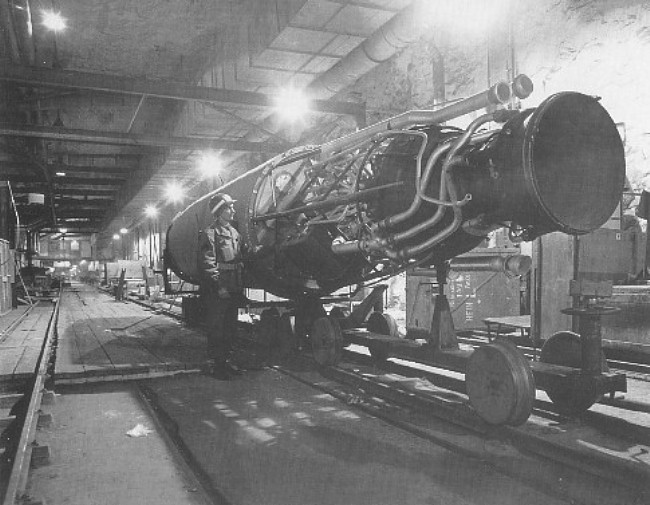 The V-2 (German: Vergeltungswaffe 2, “Retribution Weapon 2″), technical name Aggregat-4 (A4), was the world’s first long-range[4] guided ballistic missile. The missile with liquid-propellant rocket engine was developed during the Second World War in Germany as a “vengeance weapon”, designed to attack Allied cities as retaliation for the Allied bombings against German cities. The V-2 rocket was also the first man-made object to cross the boundary of space.

Beginning in September 1944, over 3,000 V-2s were launched by the German Wehrmacht against Allied targets during the war, firstly London and later Antwerp and Liège. According to a 2011 BBC documentary, the attacks resulted in the deaths of an estimated 9,000 civilians and military personnel, while 12,000 forced laborers and concentration camp prisoners were killed producing the weapons. 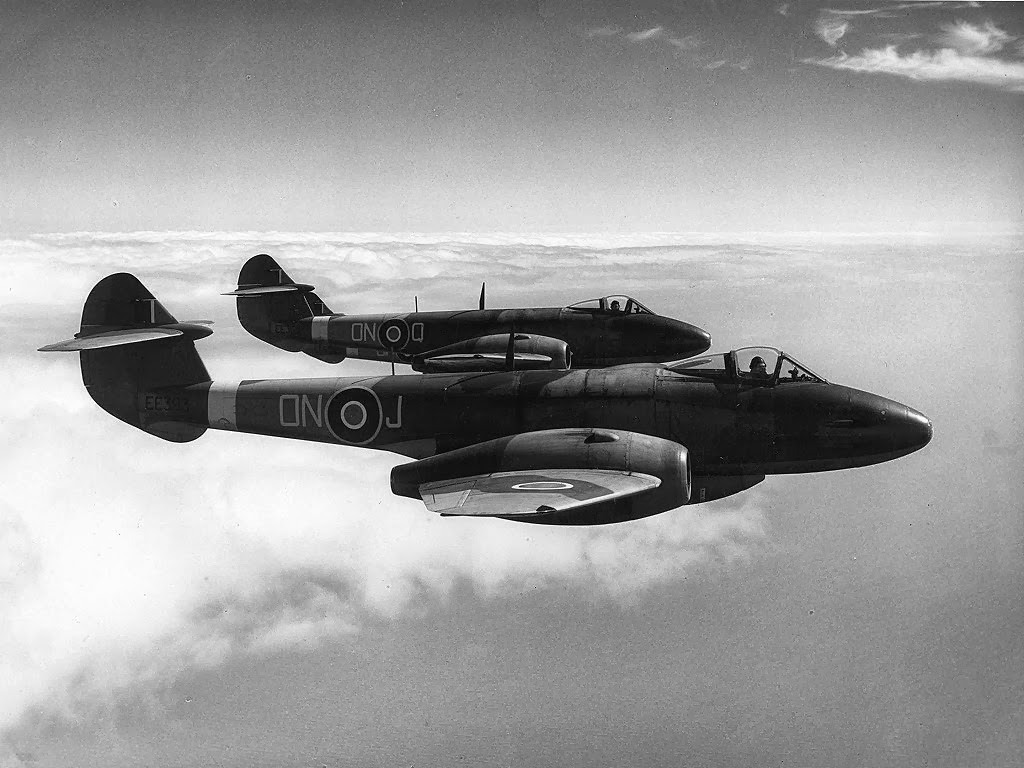 Frank Whittle filed his first patent for the jet engine in January 1930, after working on the idea of combining gas turbines and jet propulsion as a cadet at the RAF College, Cranwell. Surprisingly, the Air Ministry showed no official interest in the patent, and allowed international publication.

By 1936, Whittle had received enough private backing to start Power Jets, the company that would develop his ideas. Leading aviation companies started their own research in this area, but only Whittle’s design actually worked.

With the threat of war, Government support arrived as gas turbines could give the Allies superiority in the air. The rapid development of the engine was the paramount consideration. The first aircraft to fly powered by a Whittle gas turbine was the Gloster E28/39, which had its maiden flight at Cranwell in 1941. 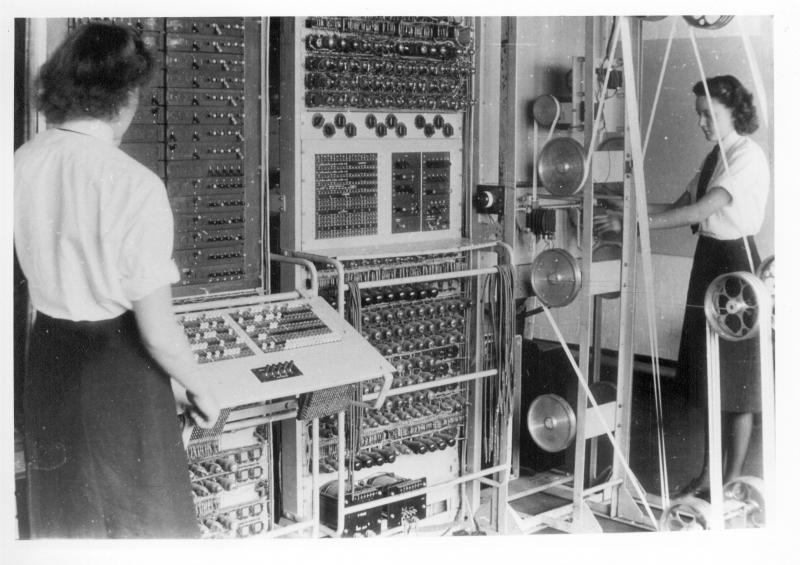 Colossus was the name of a series of computers developed for British codebreakers in 1943-1945 to help in the cryptanalysis of the Lorenz cipher. Colossus is thus regarded as the world’s first programmable, electronic, digital computer, although it was programmed by plugs and switches and not by a stored program.

Colossus was designed by the engineer Tommy Flowers to solve a problem posed by mathematician Max Newman at the Government Code and Cypher School (GC&CS) at Bletchley Park. Alan Turing’s use of probability in cryptanalysis contributed to its design. It has sometimes been erroneously stated that Turing designed Colossus to aid the Cryptanalysis of the Enigma. Turing’s machine that helped decode Enigma was the electromechanical Bombe, not Colossus. …

The destruction of almost all of the Colossus hardware and blueprints, as part of the effort to maintain a project secrecy that was kept up into the 1970s, deprived most of those involved with Colossus of credit for their pioneering advancements in electronic digital computing during their lifetimes. A functioning replica of a Colossus computer was completed in 2007 and is on display at The National Museum of Computing at Bletchley Park.