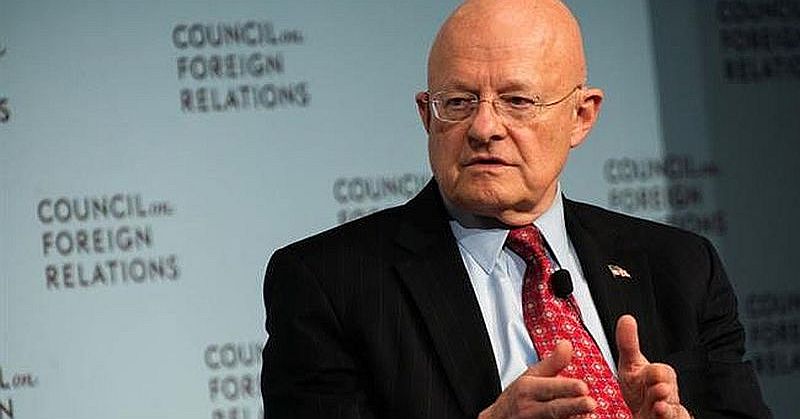 Because they can’t prove intent, the nation’s top spy chief is not accepting the CIA’s assessment that Russian cyberattacks during the November election were designed to elect President-Elect Donald Trump win.

While the Director of National Intelligence said that all 17 intelligence agencies under their command concluded the Russians were behind a hacking effort, they won’t go as far as the CIA and assign a motive behind the attack.

Trump has said he doubts the Russians were involved at all. “These are the same people that said Saddam Hussein had weapons of mass destruction,” the transition team released in a statement.

The Office of the Director of National Intelligence hasn’t concluded that the CIA is wrong, exactly. They simply won’t confirm their assessment of motive, Reuters reports.

“ODNI is not arguing that the agency (CIA) is wrong, only that they can’t prove intent,” said one of the three U.S. officials. “Of course they can’t, absent agents in on the decision-making in Moscow.”

The Federal Bureau of Investigation, whose evidentiary standards require it to make cases that can stand up in court, declined to accept the CIA’s analysis – a deductive assessment of the available intelligence – for the same reason, the three officials said.

The ODNI, headed by James Clapper, was established after the Sept. 11, 2001, attacks on the recommendation of the commission that investigated the attacks. The commission, which identified major intelligence failures, recommended the office’s creation to improve coordination among U.S. intelligence agencies.

Back in October, the DNI formally accused of Russia of a coordinated campaign of cyberattacks against American political institutions ahead of the Nov. 8 election. Barack Obama said he warned Russian President Vladimir Putin that there would be “consequences” for the attacks.

The CIA’s assessment has prompted congressional leaders from both sides to call for an investigation.

“I have the highest confidence in the intelligence community, and especially the Central Intelligence Agency,” he said.

None of the Republican Senators said they believe that the Russians were trying to sway the election either way, only that an investigation is warranted.

“I don’t know yet that there was any intention on the part of the Russians to affect our election,” McCain told NPR. “I do know and we all know that they were able to obtain information, particularly amongst the Democrat operatives, which were bound to be not helpful to the Clinton election campaign.”

“Let me speak for myself,” McConnell said at a press conference. “The Russians are not our friends.”

House Speaker Paul Ryan agreed with an investigation, but said that shouldn’t change the results of the election: “We must condemn and push back forcefully against any state-sponsored cyberattacks on our democratic process,” Ryan said in a statement. “As we work to protect our democracy from foreign influence, we should not cast doubt on the clear and decisive outcome of this election.”