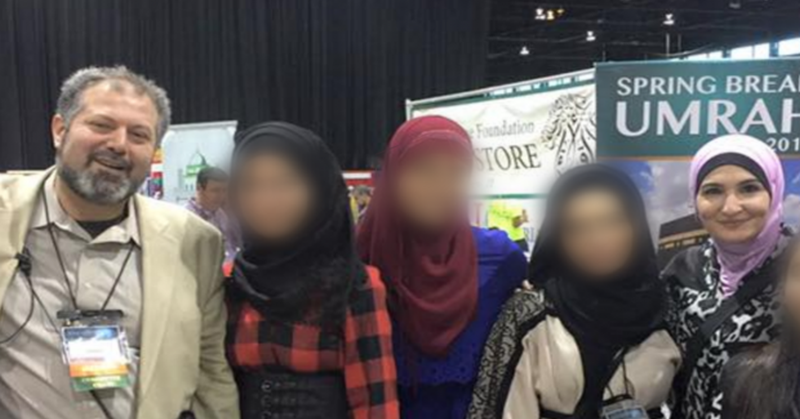 Linda Sarsour is one of Saturday’s Women’s March in D.C.’s top organizers, and new details have emerged connecting her with a Hamas operative.

The Women’s March is expected to gather hundreds of thousands of protesters, and owes much of its structuring to Sarsour’s work.

Eyebrows raised when Sarsour was recently spotted at a large Chicago Muslim conference, and it’s there where she met with a board member of “American Muslims for Palestine,” who also happens to be a former member of the terrorist group, Hamas.

Sarsour, the head of the Arab American Association of New York and an Obama White House “Champion of Change,” was speaking at last month’s 15th annual convention of the Muslim American Society and Islamic Circle of North America.

While there, she posed for a picture with Salah Sarsour, a member of the Islamic Society of Milwaukee and former Hamas operative who was jailed in Israel in the 1990s because of his alleged work for the terrorist group.

One might think that an activist for women’s rights would want nothing to do with a supporter of a terrorist network bound tight with Sharia Law and it’s gross human rights violations against women.

Apparently, not so much, as the women posed together for a friendly picture.

While it is unclear if Salah and Linda are related (though they share the same surname, she has suggested in the past on social media that they are not and did not respond to requests for comment), she has other family ties to alleged Hamas operatives. Though she avoids discussing it now, Sarsour has acknowledged in past interviews that she has cousins serving prison time in Israel because of their work for Hamas.

Sarsour has denied having any contact with the terror group. She told The New York Times in 2012 that she would not have been appointed an Obama “Champion of Change” if she had.

The activist has risen to national attention recently. She served as a delegate to the Democratic National Convention, and she is one of four lead organizers for the Women’s March.

This is bad news, no matter how you look at it. Sarsour is a hypocrite who claims to support women’s rights whilst orchestrating Trump protests, yet doesn’t know a gross injustice against women when one stands next to her and smiles.