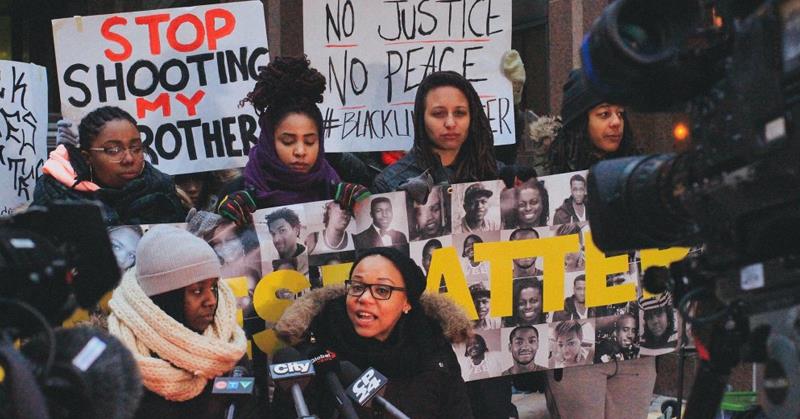 Police in Toronto have caved to the homophobic demands of Black Lives Matter and have agreed not to participate in this year’s Gay Pride parade in the city.

Toronto Police Chief Mark Saunders said officially that “divisions” within the LGBT community was the cause for the cancellation.

“We understand the LGBTQ communities are divided,” he said in a statement. “To enable those differences to be addressed, I have decided the Toronto Police Service will not participate, this year, in the Pride parade.”

Last year, BLM crashed an LGBT press conference. The police were unveiling a mural dedicated to the city’s gay and lesbian community.

But BLM were having none of it. They would not tolerate closer ties between the LGBT community and the police. They stormed the event and demanded that people pay attention to them and only them, The Daily Caller reports.

Last year’s parade made more news than usual after BLM protested the presence of police and temporarily halted the event. It only resumed after the executive director of “Pride Toronto,” Matthieu Chantelois, agreed to BLM demands that included a future ban on police floats.

Chantelois later claimed that he only signed the document to stop the protest.

So under pressure from BLM, Pride Toronto members voted to “disinvite” the police from this year’s parade.

But BLM is still not satisfied.

“They are trying to flip the narrative and make it seem as if they are choosing to pull out of Pride when in fact they were uninvited,” said spokesperson Syrus Marcus Ware.

Friday, Pride Toronto tried to shine a turd, claiming that excluding the police was actually a good idea.

“Pride Toronto is committed to continuing the important dialogue that has taken place with our membership and the broader community. We are listening. We will listen. What we have seen from the Toronto Police Service is that they are also listening,” the organization said in a statement.

A former lawmaker in the Ontario legislature said that the decision was “very unfortunate.”

“I can understand the police being upset after the decision that was taken at the Pride annual meeting Phil Gillies said. However, I think it’s unfortunate. We need our police to be involved with the community.”