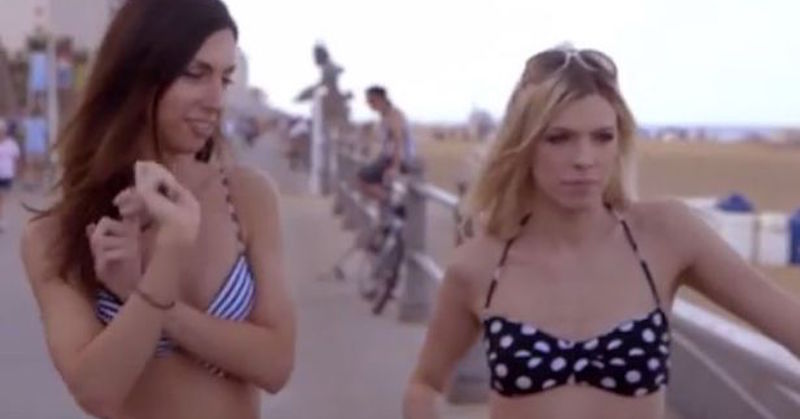 In what can only be explained as lunacy, there’s a new reality show where transgender teenagers lament their dating problems.

Apparently – shocker! – guys are turned off by women who used to be men, or who are men and just tuck it under and pad their chests.

It’s amazing that any healthy, young, testosterone-filled guy would object to a person like that, isn’t it?

It is to Claire, Devon, Arin and Katie – the stars of “Young, Trans and Looking for Love,” the new BBC Three documentary.

Under the spotlight of a million ogling eyes, the four have set out to expose “the harsh reality of modern teen relationships,” the Mirror is reporting.

The reality show features the moment Claire – a Virginia teenager – meets a guy she likes – but as soon as he finds out she’s really a boy, he bolts. (Of course he does.)

In one clip, Claire takes to the beach in a bikini for the first time – having avoided the moment (and a bikini) since she transitioned to female nearly a year ago.

With the help of her friends, she builds up courage to speak to boys, saying: “I’m excited as there are a lot of cute guys out there.”

“What kind of guys are you into?” the beach boys ask, as Claire replies about her ideal type, revealing “I like the guys who are really funny.”

As the bikini-wearers find out the intentions of the boys, asking if they’re “cute”, the keen boys instantly reply with comments like “most definitely” and “gorgeous”.

One boy even asks: “We should hook up sometimes.”

Another says: “So I should put you in here [his phone] as ‘beautiful’?”

The boys, who were originally attracted to Claire, did not call after finding out that she is trans. 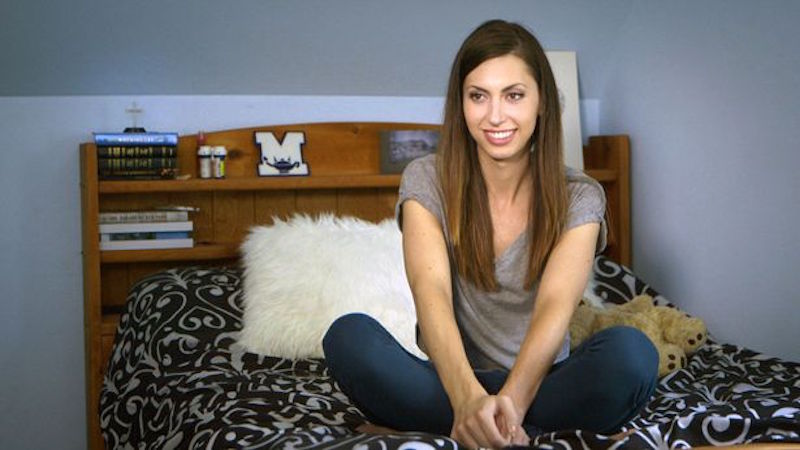 Claire as a girl.

“That’s it, silence,” says Claire. “Like nothing from them again.”

To explain this, Claire laments: “Straight guys just can’t get over you having the male parts.”Well, yeah.

Claire is pre-op, meaning she hasn’t had surgery to remove her penis.

“Once I’ve had or get the surgery, I think it will change a lot for me because right now if I meet a straight guy and he doesn’t know – we can’t get physical if I don’t tell him,” she says. “And then if he finds out, things just get so complicated, I can’t even begin to explain.”

I don’t know how to break this to Claire, but I’m willing to bet any guy is going to figure out that something is … um … different down there eventually.