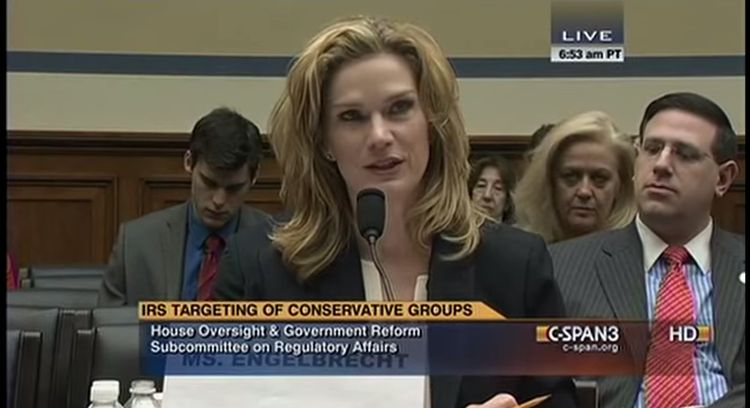 Catherine Engelbrecht’s passionate testimony before Congress on how her group True the Vote was targeted by the IRS for selective persecution and harassment riveted the nation and she became the face of the IRS targeting scandal.

Recently, we learned that Congressman Elijah Cummings (D-MD) instigated the IRS targeting of True the Vote.

Washington is reeling as Rep. Elijah Cummings’ (D-MD) true role in the IRS abuse scandal has come to light. Emails released by the House Government Oversight and Reform Committee, of which Cummings is the ranking member, show Cummings and his staff communicating with Lois Lerner while the IRS targeted True the Vote for abuse.

“Today’s committee action reveals what we knew all along. Partisan politics and the weaponization of government against opponents of this administration is real and continues,” said True the Vote president Catherine Engelbrecht. “Elijah Cummings has blocked the IRS abuse investigation all along. We now see clearly that two branches of government have colluded to target and silence private citizens.

“America has come to a tipping point,” Engelbrecht said. “No more lies. No more cover-ups. No more collusion. Enough is enough. Finally, we have a chance for the rule of law to be re-established, thanks to the bold efforts of Chairman Issa and Rep. Jordan.”

Engelbrecht added, “We filed an ethics complaint against Rep. Cummings in February. Today we’re amending that filing to include this latest revelation. As I have said in my testimony before Congress; I will not retreat, I will not surrender, I will not be intimidated. I will not ask Rep. Cummings, Lois Lerner, Barack Obama, or anyone else, for permission to exercise my constitutional rights.”

Watch her powerful testimony in front of Congress:

What did you think of her letter, and do you think the IRS targeting scandal will lead to any consequences for those involved, or will they get away with it, as appears increasingly likely?