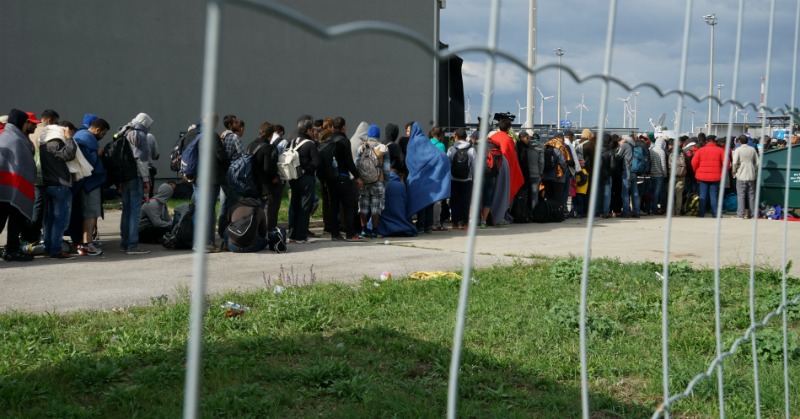 When people assume that because you don’t agree with their opinion, somehow, you are just an awful human being.

Take for example, the critics of President Trump’s Executive Order.

The tolerant-politically-correct-peace-loving folk that they are immediately cast Trump as a monster, a bigot when he limited the migration of particular groups of people.

They assumed he did not care about those populations. They judged.

His new plan, however, shows that he is concerned with both national security and the safety of refugee populations.

According to ABC News:

President Trump, speaking at a campaign rally in Florida on Saturday evening, said he wants to establish “safe zones” in Syria and other places instead of taking people into the U.S., and that the Gulf states would pay for those safe zones, saying that “they have nothing but money.”…

…He did not elaborate on what the “safe zones” would be but said people would be able to “stay there and live safely in their cities” until Syria is stabilized. He went on to say that “we want people that love us,” in the United States.

The United Nations estimates that more than 6 million people have been displaced by the civil war in Syria with almost 5 million in areas that are under siege.

Instead of simply allowing, as President Trump stated, “thousands and thousands of people into our country” with “no way to vet those people”, with “no documentation”, “we’re going to keep our country safe.”

As he told David Muir of ABC News, “I’m gonna be the president of a safe country. We have enough problems. Now I’ll absolutely do safe zones in Syria for the people. I think that Europe has made a tremendous mistake by allowing these millions of people to go into Germany and various other countries. And all you have to do is take a look. It’s — it’s a disaster what’s happening over there.”

President Donald Trump has the interest of national security and the American people first and foremost and then, secondly, the safety of people outside his country.

Why? Because the former is his job, not the latter.

Unfortunately, that might hurt some people’s feelings. The same people President Trump is trying to protect.