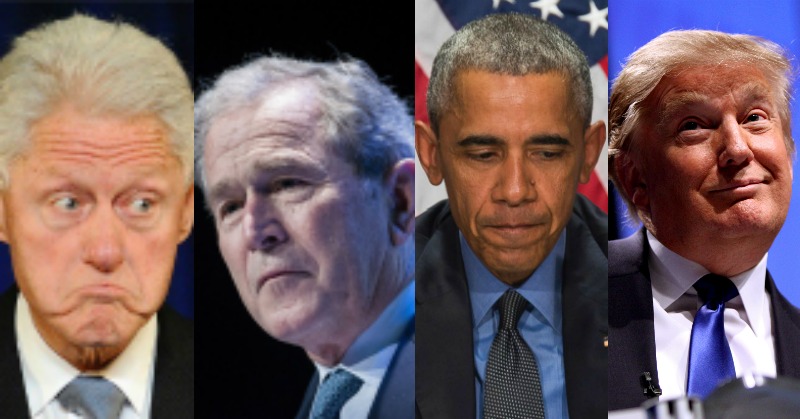 Here’s yet another thing the liberal mainstream media is unlikely to give President-elect Donald Trump any credit for — he has never smoked, drank, or done illegal drugs. When he’s inaugurated on Jan. 20, Trump will most likely be the first president in 24 years to have actually just said no to illegal drugs.

Trump has long claimed that he has never once smoked cigarettes, touched alcohol or used drugs, which would distinguish him from the last three men to occupy the White House, all of whom either admitted to drug use or refused to deny it. While younger voters are more likely to support legalizing marijuana, for those who were born after January 20, 1993, Trump will likely be the first president in their lifetime to have never used illegal drugs.

“If you don’t drink and you don’t do drugs, your children … are going to have a tremendously enhanced chance of really being successful and having a good life,” Trump said at a 2015 town hall in New Hampshire — a state that has been devastated in recent years by opioid overdoses.

“The world is so tough and it is so competitive that you can’t put yourself, as a child, or even as a parent, if you want that child to be successful, at a disadvantage of letting them drink or letting them take drugs because it is not going to work,” Trump said. “They are going to be at a tremendous disadvantage and ultimately they may not recover.”

One major reason why Trump has said that he chooses to stay away from substances such as drugs and alcohol is his brother Fred’s struggle with alcoholism that ultimately led to his death in 1981 at the age of 43.

“When my children were growing up, even when they didn’t know what drinking was, I’d say ‘no alcohol, no cigarettes, no drugs’” Trump said at a CNN town hall last April.

Trump’s attitude toward drugs, alcohol, and smoking is quite different from the previous three presidents.

Bill Clinton famously claimed that he didn’t inhale in regard to his usage of marijuana.

George W. Bush admitted to issues with alcohol in his younger days and alluded to likely having used marijuana, and according to TheDC: “When running for president in 1999, Bush was the only Republican candidate who wouldn’t deny using cocaine.”

President Barack Obama has admitted to using marijuana as well as cocaine when he was younger in one of his books. His efforts to quit smoking have been well publicized throughout his presidency. As the Hill reported back in 2015:

President Obama, who claimed when he first entered the White House to have mostly kicked his nicotine habit, might have been caught on camera holding a pack of cigarettes.

Trump’s attitude toward drugs, alcohol, and smoking is admirable and something even the mainstream media should take a moment away from being leftist shills to give him credit for.