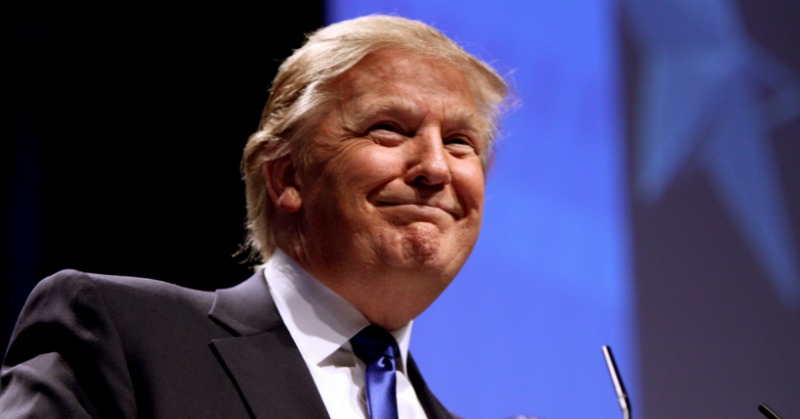 Amidst Trump’s seemingly self-destructive comments about women and the media’s constant obsession with covering them above the rampant and massive corruption within the Clinton campaign and the entire Democratic party, the American people are still sticking with the GOP nominee.

In fact, the latest Reuters poll shows Donald Trump actually gaining ground on his Democratic rival among voters – cutting her lead nearly in half.

Also, Trump’s repeated comments that the election – and the entire process in general is “rigged” seems to be resonating among American voters.

“Remember folks, it’s a rigged system,” Trump said as early as Friday. “That’s why you’ve got to get out and vote, you’ve got to watch. Because this system is totally rigged.”

Last week, a Reuters/Ipsos poll showed Hillary Clinton with a seven point lead among registered voters – although a poll released just Friday shows Trump has cut that lead down to four percent.

The national average of polls – on RealClearPolitics – shows Clinton currently up by Trump by 6.2 percentage points.

The latest poll came after a debate performance that many believed was Trump’s best, but after the sideshow of women who have come forward recently claiming to have been grabbed, groped or otherwise sexually harassed by Trump.

Despite the rise in the polls, the survey showed 63 percent of Americans believe that the New York billionaire probably has committed “sexual assault” in the past. This shows the level of enmity for Hillary Clinton.

Reuters contacted a few of the poll respondents who said they felt that Trump had likely “committed sexual assault” but were still supporting his candidacy. Their answers were generally the same: Whatever Trump did with women in the past is less important to them than what he may do as president.

At a Trump rally in Fletcher, North Carolina, Harold Garren, 75, said he was skeptical of complaints from women about Trump’s behavior. “I don’t believe all of this 30 years later, no,” Garren said.

Trump has said that he will both fully accept the election results on Nov. 8 and then accepted them “only if he wins.” This idea of a “rigged system” is resonating with voters.

Most observers – myself included – don’t believe that the election will be “rigged” in the sense that the vote count will be tampered with enough to sway the election, but it’s clear that the national media is doing their best to tear down Donald Trump enough to try to depress support for his candidacy.

And if that’s what he means by “rigged,” he’s exactly right.