As the fallout continues over Donald Trump Jr.’s meeting with a Russian attorney, people are beginning to wonder exactly what connections Natalia Veselnitskaya had with Democratic operatives.

The Kremlin denies knowing Veselnitskaya and she herself said she had no intention of speaking to Trump Jr. about any incriminating evidence against Hillary Clinton (though it seems pretty clear he was duped into thinking so).

So who is Natalia Veselnitskaya? A well-connected Russian lawyer. And by “well-connected,” we don’t mean in Republican circles. 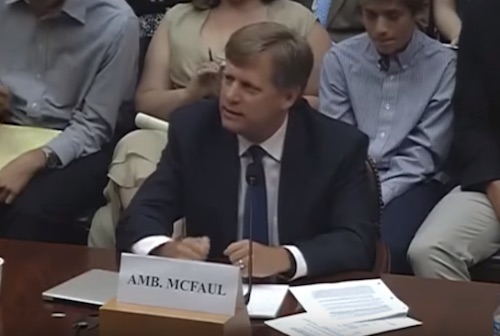 Here’s another shot, with Natalia Veselnitskaya circled by The Gateway Pundit. The meeting was June 14 and was about Russian involvement in Ukraine. 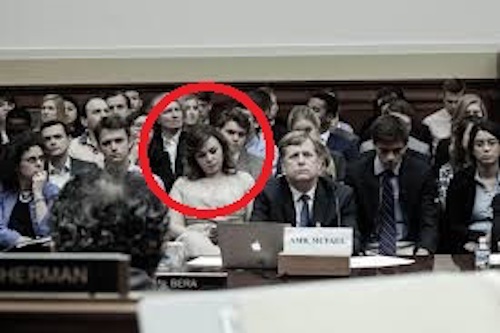 Also – sitting next to Veselnitskaya is Emin Agalarov. Another man mentioned in Trump Jr.’s emails. He’s the man who set up the meeting between the two.

Keep in mind as well, that both of these individuals are connected with Fusion GPS, a Democratic opposition research firm believed to be behind the leaking of the fake “dossier” against President Trump.

So why are Veselnitskaya is Emin Agalarov hanging out with Barack Obama’s top Russian officials? Were they working with the administration to set a trap for the Trump campaign?

Maybe we’ll find out soon enough – but not from the mainstream media.